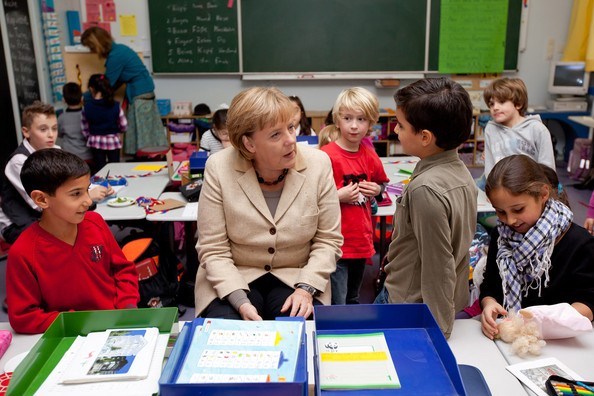 On a elementary school field trip to a historic German castle, a 10 year-old migrant raped another boy while two other migrants held down the victim, but authorities claim the rapist is “too young” to prosecute:

German authorities have dropped a case in which a 10-year-old Afghan boy raped a classmate during a school trip while Syrian and Afghan accomplices held him down, as the perpetrators are apparently not old enough to be tried.

The incident began when 38 students from a Berlin school went on a field trip to Schloss Kröchlendorff, a castle in Nordwestuckermark, Germany. The students were supposed to have a fun day out enjoying nature – but that wasn’t possible for everyone.

The day turned horrific for a 10-year-old boy, who was told by the perpetrators: “We f**k you today!” A total of three boys ganged up on the victim; an Afghan and a Syrian, both aged 11, held him down while a 10-year-old Afghan boy sexually abused and raped him, according to the Berliner Zeitung.

Two other classmates saw the incident unfold, but did not notify any teachers. It was not until a week-and-a-half later that a friend of the victim told a social worker at school what had occurred.

After the rape became known, the school informed parents and police. The perpetrators were suspended from school.

But now authorities have dropped the case, stating that the boys are simply too young to be tried in the justice system since they are not at least 14 years of age.

The best that can apparently be done is to stop the main perpetrator from attending a normal school with other students. “We want to exhaust all legal possibilities that the main perpetrator does not attend regular school, but experiences special schooling,” a spokeswoman for the Berlin School Administration said on Monday, as quoted by the Berliner Zeitung. The two boys that held the victim down are now attending schools in other districts.

Before the flood of Third World invaders, there was no need to have laws about 10 year olds who rape–after all, White German children do not rape–and there are probably no instances of it happening.

Arabs come from “cultures” where rape is an everyday occurrence, especially involving children.  Now that Germany will have millions of these new “Arab-Germans”, they are going to have to change their laws to accommodate this new “vibrancy” that they bring with them.

But of course, it will be the Germans who are forced to change–they are called “racists” and “Nazis” if they complain about children getting raped.

In order for this social experiment to work, the Germans must adapt to these new ways–perhaps if they were less uptight about child rape, there would be less “racism” in Germany.