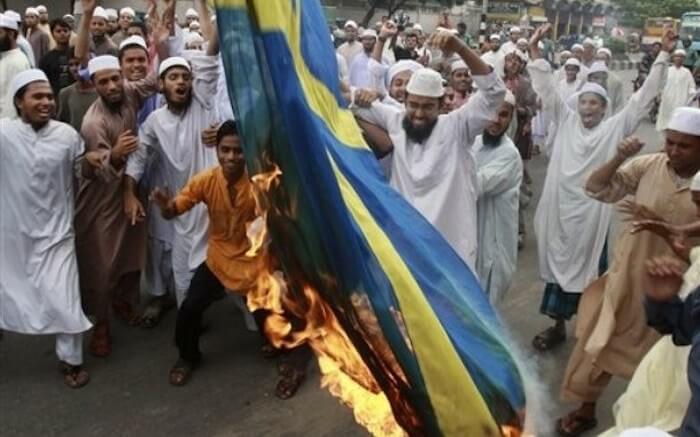 Multicultural Sweden is now reaping the rewards of open borders immigration and policies to make the country more “diverse”. According to reports, jihadists in Sweden are on the rise:

“The largest-ever report on the fundamentalist branch of Islam shows Salafist preachers in Sweden are cooperating to push their message across Muslim communities – and disturbing everyday behavior is now common even in children.

“Not all Salafists are jihadists, but all jihadists are Salafists,” says the 265-page study of a movement that advocates a return to ‘pure’ Islam, commissioned by the Swedish Civil Contingencies Agency, a government department.

Swedish authorities declared last year that the number of militant Islamists in the country had risen from 200 to 2000 in a decade. Through 70 interviews with police, social workers and community representatives, the study attempted to understand how religious belief leads to terrorism. What it found was a well-organized ideology consciously pushing for the Muslim minority to divorce itself from the cultural surroundings of mainstream Sweden, creating a deep social rift from which terrorists and jihadist recruits can emerge.

Muslims will never integrate into Swedish society, but this is to our advantage.

By remaining separate, it will become unmistakably clear what their true intent is – the destruction of Swedish culture and society. The Swedes will have no choice at a certain point but to admit the failure of their utopian social experiment – and then take serious steps to forcefully remove this cancer from their midst.