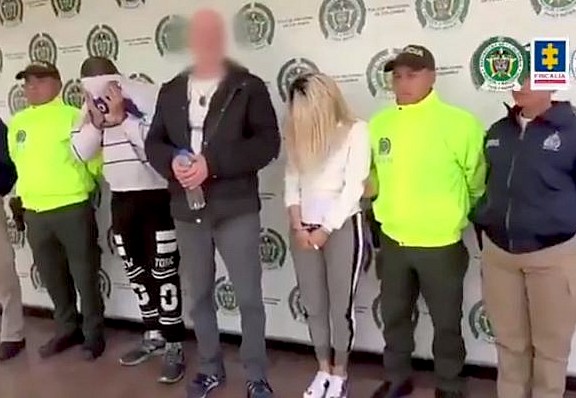 Colombian police have busted a group of 14 Israelis who ran a sex tourism network that catered to Israeli pedophiles willing to travel to Colombia to have sex with under-age children:

Fourteen Israelis are suspected by Colombian authorities of running a child sex trafficking ring which marketed tour packages from Israel to the Latin American country aimed at businessmen and recently discharged soldiers, according to reports on Monday.

Eight suspects are in custody, including two Colombian nationals, with international arrest warrants issued for the remaining individuals. One of the Colombians was a police officer who allegedly passed classified information to one of the suspected ringleaders, Mor Zohar, allowing him to run the trafficking network without interference from the authorities.

According to a report by Hadashot, one of the Israelis is also being held on suspicion of murder and others are also suspected of money laundering.

Colombian authorities said Israeli tourists would stay at hotels and take yacht trips and go to drug and alcohol-fueled private parties where women and minors were offered as “sex slaves.”

The children and teens were paid $63-126 for each “meeting” with Israeli tourists, and were forced to join a WhatsApp group called “Purim,” presumably named for the drunken celebrations that take place around the Jewish holiday, the Ynet news site reported.

All of the suspects were wanted by international police agency Interpol on suspicion of pimping and soliciting minors for prostitution.

Members of the network established tourism sites and hotels throughout the country, giving the operation an outward veneer of respectability. However, at the same time, they targeted boys and girls who came from troubled homes or had a background of financial difficulties, and forced them into sex work.

Proceeds from the trafficking ring were then reinvested into property and companies.

Apparently, “our closest friend and ally” Israel has a serious pedophile problem.  Not only does it ignore international requests for extradition of jewish pedophiles, it has its own tourist industry dedicated to service sexual predators and pedophiles.  Jews love visiting “developing” countries like Colombia where such a large percentage of the people are poor and therefore much easier to seduce or coerce into illicit activities like prostitution.

If Colombia is foolish enough to release any of these suspects on bail, even after relinquishing their passports, you can bet your last dollar that they will be on the first flights out and back in their “safe space” Tel Aviv (see our previous article Israel Becoming a “Safe Haven” for Jewish Pedophiles Escaping Prosecution Worldwide).  After all, jewish pedophiles will not be received well in any of Colombia’s prisons, so Israel will perhaps offer to “prosecute” these perverts back in Israel where they can be judges by people who condone sex trafficking and pedophilia.