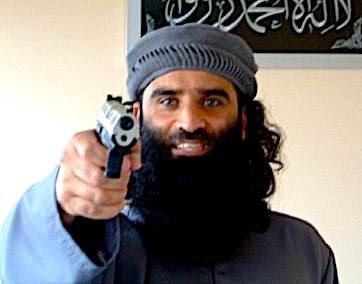 “We stand in solidarity with our Muslim neighbors, and in support of refugees and asylum seekers from around the world,” the letter reads. “As American Jews, we are proud of our country’s legacy as a place that welcomes people who are forced to flee their homelands in search of safety.”

Last year, the Supreme Court upheld Trump’s executive order mandating a ban on travel from several Muslim majority countries, a decision criticized by major Jewish organizations. Trump had issued similar bans twice before but they were blocked by lower courts.

How would Netanyahu respond to a demand that Israel allow in Muslims from known countries engaged in international terrorism?  Need we ask?  In reality, none of those 18 jewish organizations would even dare suggest that Israel open its borders to these potential terrorists, but they have absolutely no problem demanding that the U.S. open its borders to everyone, regardless of risk.  Israelis are allowed the most draconian measures in the name of “national security,” but all measures the U.S. takes to secure its borders are labeled “racist” and “xenophobic”.

This brazen hypocrisy ultimately leads to what the Jews claim to fear most: “antisemitism”.  If Jews truly feared antisemitism, they wouldn’t behave in such subversive and hypocritical ways.  That they do consistently behave this way could lead one to conclude that perhaps this well-advertised fear of “antisemitism” might just be “a trick” to silence anyone who dares to notice the vicious and consistent double-standard when it comes to America’s security and that of Israel and the Jews in general.