2020 U.S. Census Reveals How Confused And Uncomfortable Jews Feel About Being Identified As ‘White’ 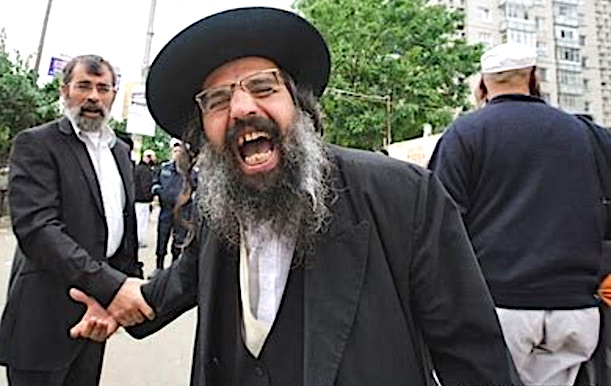 How Jews are reacting to the ninth question on the new 2020 U.S. Census reveals just how confused, angry, and ambivalent they feel about their own problematic racial identity, especially where the survey presumes them to be racially ‘White’:

For the first time, the U.S. Census question on race is asking white and African-American respondents to dig deeper and fill in more detailed origins.

The request for “origins” has existed for decades for Native American, Hispanic and Asian/Pacific Islander respondents. But whites and blacks were previously asked to simply check a box.

The question has launched countless Jewish conversations: “What did you list?” “What should I?”

The answers reveal a community grappling with what it means to announce one’s Jewishness in the 21st century, and to consider the myriad paths that have brought American Jews to the present day.

“I didn’t see a box for ‘stateless people being abused and kicked out of one Eastern European region after another,’ so this seemingly straight-forward question turned out to be quite a head-scratcher,” said Jonathan Kopp, a communications strategist who lives in Brooklyn.

Kopp, 53, abandoned the form for a while before returning and checking “white.” He entered “Eastern European Ashkenazi Jew” in the origins box.

Jeff Weintraub, 72, an academic who lives in the Philadelphia area, said he thought the race/ethnicity/national-origin questions on the census form “were a little bizarre.”

“I checked ‘White’ and then, for elaboration, wrote something along the following lines in the box: ‘Jewish — grandparents from the former Russian Empire & the former Austro-Hungarian Empire,’” he said…

…“We may have shared space with Poles, Germans, etc., but we have a completely separate ethnicity and culture,” said Lewis, 59, who entered “Ashkenazi Jewish.”

Susan Turnbull, who lives in Washington’s Maryland suburbs and has held leadership positions in national Jewish organizations and the Democratic Party, took her cue from the categories made popular by the recent proliferation of DNA testing.

“I did this to document that though I am white in certain contexts, especially in the U.S., I’m actually ethnically distinct and come from a group of people with our own unique history,” Gunz said.

…Others welcomed the opportunity to express in the census the otherness that they feel separates them from being simply white in America.

…Gabriel Botnick, a Los Angeles-area rabbi, was set to enter the fifth option, “some other race,” and add “Jewish” because he does not identify as “white” — he said “I have been made to feel” not white in the past. His wife, also a rabbi and originally from Britain, asked him to check “white” and skip the origins.

Why does the U.S. Census presume Jews to be White in the first place?  Judging from their reactions, they obviously do not feel comfortable with that designation at all, nor should they.

Why not just create a separate ethnic category for Jews, and then sub-categories within that designation?

We all know why — if the U.S. Census created a separate Jewish category, the Jews would have a fit and claim that they are being ‘singled out’ and made to feel like ‘they don’t belong’ — and accuse the government of ‘gestapo tactics’, the equivalent of making them display a ‘yellow star’ on their clothing, ad nauseam.

The reality is that today’s Jews have no real racial identity because over the millennia they have mixed with so many different people — Khazar, Turkic-Mongol, Black, Arab, and White — that they are far more confused about who they are racially than any other people in the world.

By Jewish law only the mother has to be Jewish while the father can be any race in order for the children to be Jewish — in complete violation of God’s command that Israelites remain racially pure in Deuteronomy 23:2.

No wonder Jews insist that race is a ‘social construct’.

When a DNA testing company concludes someone is “100% Ashkenazi”, they are basically saying you have some varying combination of racial admixture of all most every major DNA group.  There is no single ‘jewish’ gene.

And yet the key to their success has always been their ability to ‘pass’ as White, and that’s the ‘White privilege’ we hear so much about in the jewish media.  And no matter how much they identify as ‘the other’, they do not want to give up their ‘White’ card.

They have become so dependent on Whites for their sustenance and prosperity that they are sent into a panic at the thought of being completely racially separated from their host nations.

It also explains why so few of them want to make aliyah and move permanently to Israel and live among other Jews.

That’s why there will never be a simple ‘Jewish’ category on the Census — there’s nothing ‘simple’ about Jewish identity.