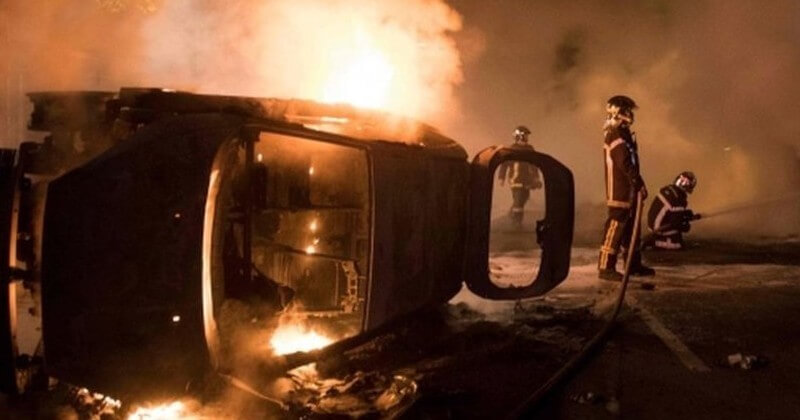 “Since Tuesday it’s now the third night of anarchy in the suburbs of Nantes after Aboubakar Fofana was killed by the police when he tried to escape his arrest.

During the night between Thursday and Friday approximately 50 cars were burnt down and a high school and service station were also targeted.

Aboubakar Fofana, a criminal, was shot dead after he tried to escape and run over police officers with his car. Afterwards riots emerged in the migrant majority suburb. Dozens of cars and buildings were torched by angry youths.

Fofana’s car was flagged as a vehicle being involved in drug dealing and was therefore put under police surveillance.”

This is just a simple case of “cultural misunderstanding”. These migrants come from countries where drug dealing, prostitution, and even rape are not considered crimes, so when the oppressive French police want to arrest them for these “behaviors”, they understandably become very angry.

And the first lesson to learn in a multicultural paradise, like France, is “Do not make the non-Whites angry”. This whole situation could have been avoided if the government had given the migrants free upgrades for their free smartphones.