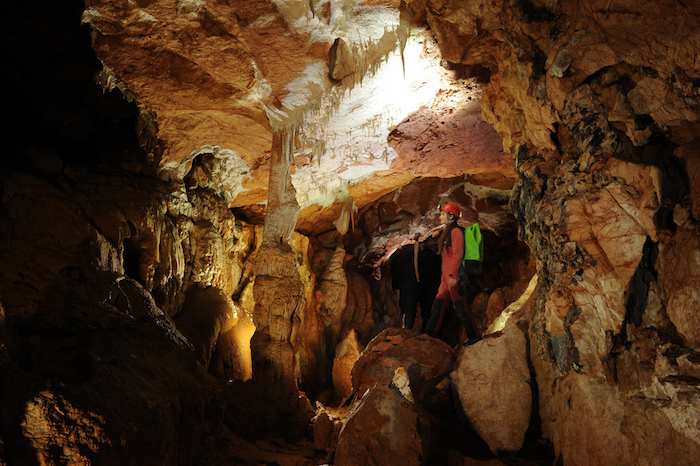 In the 1960s cave explorers in Transylvania discovered thousands of beads and amber artifacts that experts recently have established came from both Sweden and Mesopotamia 3,000 years ago, establishing an undeniable connection between these civilizations:

Back in the 1960s, archaeologists exploring Cioclovina Cave found thousands of beads made of glass, precious stones and amber in tombs inside the cavern. Now new analysis has shown the beads came from Scandinavia and Mesopotamia.

The study by researchers from Romania, Netherlands and Denmark reaffirms the existence of established trade routes stretching from the far north through Central Europe to Mesopotamia (Syria and Iraq) 3,300 years ago, predating the Silk Route by 1,100 years.

…Not only did Cioclovina Cave have beads and glass originating from Mesopotamia and Egypt: the archaeologists also found 1,770 amber beads that came from Scandinavia. Clearly, Transylvania had been part of a complex system of global trade around 3,400 years ago. Radiocarbon analysis carried out on animal bones found in the cave supports the timeline of between 1,428 to 1,263 B.C.E.

…Dr. Mihai Rotea, a researcher from the National Museum of Transylvanian History, makes the case that this remote, inaccessible cave had been a cultic or sanctuary place, perhaps for nymph worship.

“The journey through the underground river is like a journey into the interior of the earth. That feeling has undoubtedly also affected the people of the past,” she says evocatively. If indeed the cave was sacred, the trek into it was likely considered a journey into another world, where man crossed an important border.

“Bones of horses and ceramics have been found in small niches in the rock wall. One can imagine the sacrifices inside the cave in the light of the dancing fire and to an exuberant sound of the river’s noise thrown against the raw rock walls,” she says.

But it is striking that the tradition of sacrificing women’s jewelry and equipment together also occurs in Scandinavia. Not in caves, this is true, but in swamps and by watercourses. Very likely, not only luxury goods were changing hands along the ancient trading routes of Eurasia, but rituals and beliefs too.

Of course, this article appears on a jewish news site, so naturally it focuses on the pagan aspects of this discovery and ignores the larger — and far more significant — picture.  Over 3,000 ago there was an established trade route between Mesopotamia — the cradle of recorded history — and Sweden.  Not only did the ancient White Assyrians ultimately migrate up into Europe, those that migrated maintained trading relationships with their ancestral lands.

The writer of this article has no choice but to ignore the profound importance of this discovery — that in all probability, today’s Swedes are related to the “lost” Israelites of the Assyrian captivity recorded in the Old Testament.  There have been countless archeological finds in the heart of Europe that establish connections to formally White civilizations in the Mediterranean and the Near East.

But Jews would like to claim that this evidence is proof that it was jewish traders who established these early links between the Middle East and Sweden, but that’s unlikely as Jews have never been known to be involved in early and dangerous exploration.  Where are the jewish artifacts along this trade route?  They tend to show up only once the White man has already long-established something worthwhile for them to exploit.