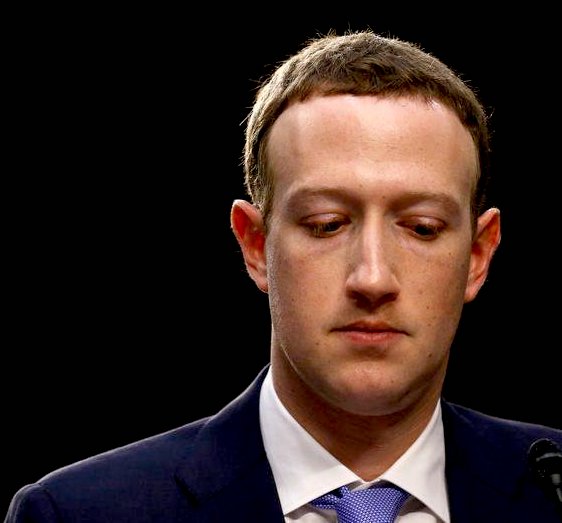 Thrity-two different liberal activist groups have demanded the resignation of the jewish CEO of Facebook, Mark Zuckerberg, for an abuse of his power and ‘weaponizing antisemitism’ in his attacks against jewish liberal icon George Soros:

“You retained the services of Definers Public Affairs to investigate, undermine and attack our allies, mimicking the tactics of the worst, disreputable political operatives and hate groups,” read the letter.

The letter called on Zuckerberg and Sandberg to step down from the Facebook board as long as they serve as top executives, and to expand the board with members reflecting the social network’s diverse global community.

The NAACP called on the Congress to further investigate Facebook in the wake of a Senate Intelligence Committee report revealing that the Russian influence campaign “made an extraordinary effort to target African-Americans.”

“Facebook’s engagement with partisan firms, its targeting of political opponents, the spread of misinformation and the utilization of Facebook for propaganda promoting disingenuous portrayals of the African American community is reprehensible,” NAACP president Derrick Johnson said in a release.

Facebook’s number two executive Sheryl Sandberg, long seen as the “adult” at the youthfully-managed firm, has found herself the center of controversy over her role in pushing back at a growing chorus of criticism of the social media giant.

A prominent feminist and author with strong political connections, Sandberg has drawn fire in particular over an embarrassing effort to probe Soros, the billionaire investor, after he assailed the online network as a “menace to society.”

Chief executive Zuckerberg has also been targeted by critics who consider him accountable for the actions of the company.

Here we have yet another example of how the Left will ultimately destroy itself from within, eating itself away by its own self-contradicting cannibals.  Blacks, for example, have received millions in support from Soros so that Black Lives Matter can destroy inner cities and undermine police authority.  Jews take his millions to undermine national borders and flood White countries with brown invaders.  Democrats receive his money to stack elections in their favor.  Every liberal is greedily feeding at the teat of the jewish cash cow known as Soros.

So when billionaire Mark Zuckerberg crosses up billionaire George Soros, the jewish sparks fly, and something has got to give.  When powerful Jews aren’t in complete lock-step, somebody’s feelings are going to get hurt, and liberal whining hears sympathetic ears all around the world, especially in Tel Aviv.  This is the second time this year that a vocal group of liberals have demanded Zuckerberg’s resignation — he’s obviously incompetent, especially when it comes to playing the “Jew Card”.  First he defends Holocaust deniers, now he alienates a huge chunk of the liberal voting base.  Oy vey!