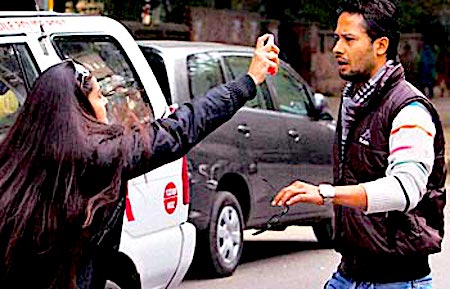 Now that Brussels has one of the largest populations of migrants in Europe, over a quarter of its residents admitted to carrying an object for self-defence, with nearly 40% of them saying they carry an actual weapon, a new survey shows:

The figures were published in a survey conducted by Brussels–Prevention & Security (BPS/BPV), a public security body created in 2015 and charged with developing a centralised regional security policy.

A total of 44% surveyed inhabitants said they carried “means of self-defence” to protect themselves in Brussels.

While over a quarter of those respondents said the items were ordinary objects like keys, and umbrella or jewellery, 38% among them said they carried actual weapons, including knives, air guns or extendable batons, according to reports of the survey on Bruzz.

One in three residents of Brussels said they had taken steps to protect their homes against a break-in, and an additional 14% declared to have signed up to self-defence courses….

The survey also showed that 15% of both residents and commuters chose to avoid the streets and the metro in Brussels at night.

The number one cause of concern cited by Brussels residents are aggression and domestic burglaries, 35% of tourists and 23% of commuters said they most often worried about a terrorist attack, a concern cited by only 8% of residents in Brussels.

All these people are clearly paranoid and secretly racist; after all, diversity is our strength, and only a racist would feel a need to carry around weapons just because Brussels is more diverse than ever.

White Belgians just aren’t used to living around low IQ, high testosterone Third World migrants who have a natural predisposition toward criminal aggression.  Sure, inter-racial rapes are at all all-time high in Belgium, but that’s all just a “cultural misunderstanding” and reveals how “uptight” White women are sending mixed signals to migrants about consenting to spontaneous sex on the streets.

Fortunately for the criminal migrants, the vast majority of Belgians are still firmly against gun ownership, even for self-protection.  Hopefully those umbrellas and keys will ward off those criminals brandishing illegal guns in their faces until the police arrive.