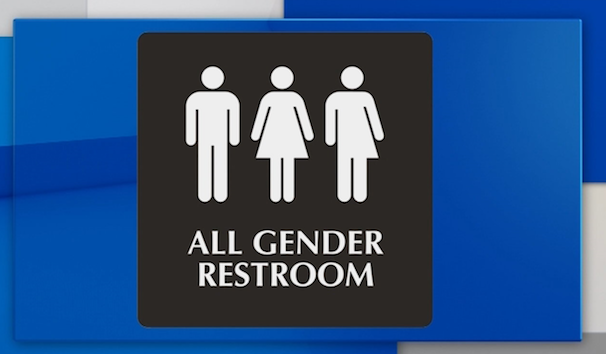 The parents of a 5 year old girl who was sexually assaulted in the bathroom at her Decatur, Georgia school by an older boy who claimed he “identifies as a girl” have filed a formal complaint with the U.S. Office for Civil Rights:

The U.S. Department of Education’s Office for Civil Rights has announced that it will investigate a complaint that Alliance Defending Freedom attorneys, along with a local family law attorney, filed against the City Schools of Decatur on behalf of a kindergartener who was sexually assaulted in her school bathroom. The complaint explains that the school’s new transgender restroom policy opened the door to the assault of a 5-year-old female student by a boy in the girls’ restroom at her elementary school.

“This situation was both deeply tragic and avoidable,” said ADF Legal Counsel Christiana Holcomb. “Schools have a duty to protect the privacy and safety of all students and Decatur Schools clearly failed this young girl. The current approach that many schools are taking of passing these transgender bathroom policies isn’t working; they fail to provide basic privacy or ensure the safety of all students.”

According to the complaint filed on May 22, Superintendent David Dude announced to staff “a policy that required all Decatur Schools to admit boys who identify as female into girls’ restrooms, locker rooms, and shower areas on school premises…based solely on the stated preference of the individual student….”

Following the adoption of the policy, the complaint notes, “Superintendent Dude and the Board were repeatedly warned through written statements and public comment that the Policy would unacceptably inflict the loss of privacy and loss of safe private spaces for girls.” The school district made no changes to the policy and, in November 2017, a boy was permitted—because of the policy—to enter the girls’ restroom, where he assaulted the girl, known by the initials “N.T.”

The DOE OCR enforces Title IX, which prohibits discrimination on the basis of sex in any education program or activity receiving federal assistance. The agency is investigating whether the school district failed to provide a prompt response to a report that N.T. was sexually assaulted, whether the implementation of this policy contributed to creating a hostile environment for the student and other girls in noncompliance with Title IX, and whether the district retaliated against the student’s parent for reporting the sexual harassment.

The school refused to change or alter its policy, forcing the mother to remove her daughter from the school for her emotional and physical safety.

“A school’s top priority is to protect the safety and bodily privacy of its students, period,” said ADF-allied attorney Vernadette Broyles with the Georgia Adoption & Family Law Practice, who co-filed the complaint with ADF. “Decatur School’s policies have created a stressful, unfair, and, as in this case, even unsafe environment—particularly for girls. We are grateful that OCR is investigating this tragedy, and we hope the agency helps this school district and others adopt commonsense solutions that protect the privacy and safety of all students.”

Transgenderism is not an objective gender identity — rather, it is a “social construct” arbitrarily invented by those who want to enable mentally deranged people who are confused about what type of genitalia they have. A well-funded lawsuit with psychiatric experts could blow this whole transgender charade out of the water — and eventually it will have to be — once more 5 year old girls are raped by more of these disturbed individuals.

Either that, or they will have to legalize statutory rape, which is ideally what the nation-wreckers would like to see happen.

It’s hard to imagine why the parents in Decatur don’t force the school to change the bathroom policy by simply refusing to send their children to school until the school relents. If parents don’t want their children to be confused about their gender, simply turn off the demoralizing media coming into their homes which promotes this obscenity — as every other show now has some suggestion about “alternative” sexuality.

But most people would rather have more children raped than give up the biggest addiction in their lives: their televisions.