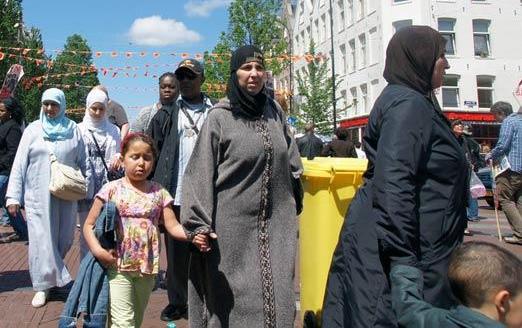 The city of Amsterdam in the Netherlands has announced its ambitious plans to build over 50,000 new homes over the next seven years, half of which will go to housing low-income migrants:

The municipality of Amsterdam plans to construct 52,500 new homes in the next seven years, responsible alderman Laurens Ivens announced. The main risk for these ambitious construction plans may be the shortage of construction workers, he said, AD reports.

“The plans are there. Hopefully we can find enough construction workers and the state will cooperate”, Ivens said while presenting the municipality’s plans on Thursday. The city wants to build 7,500 homes per year in its period of government. The rest will be built in the years thereafter.

This “historically high number of new constructions” is needed to keep the city’s popularity on track, to keep up with the population’s growth, and to ease the pressure on the overheating housing market, Ivens said. The homes will be spread out over the existing city, especially around the IJ, on IJburg, Zeeburgereiland and on Zuidas.

In order to meet the target of 52,500 new homes in seven years, the office of mayor and aldermen devised plans for 73,093 new homes, expecting that a quarter of these plans will fall through or be delayed. Around 24 thousand of these new homes will be social rental housing, some 12 thousand will have mid-level rents and 8,500 expensive rents. Over 20 thousand owner occupied homes are also on the plans.

It’s admirable how this politically-correct writer can completely avoid mentioning migrants in this entire article when the only reason Amsterdam needs all this new housing is because of the huge influx of migrants who are especially attracted to living in large, anonymous urban areas where they can literally take over entire sections of cities.  In 20 years, half of Amsterdam will be a virtual Muslim slum which will be subsidized by the ever-shrinking White middle class taxpayers who are paying for their own homes and the homes of these invaders.  This socialist economic model will collapse eventually.

In the Netherlands, public housing is euphemistically called “social rental housing,” but just as it is in American, it is quickly becoming synonymous with crime and perpetual poverty.  Of course, the Dutch will blame themselves for the inability of Muslims to “integrate” into society, and they will bite their lips when reporting the rapes and murders of their mothers and daughters, but in the end, they know it’s for the “greater good,” which is a vibrant diverse culture where Jews will rule over the unwashed, race-mixed masses.