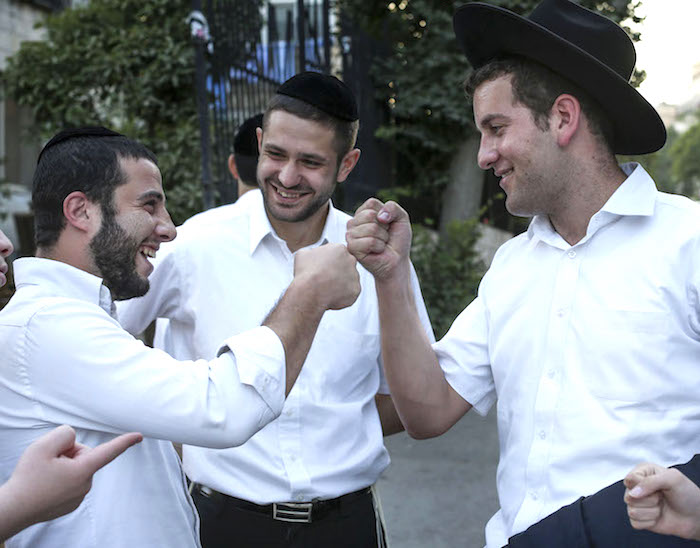 Up to 50,000 jewish Federal employees affected by the shutdown of the Federal government are exclusively being offered interest-free loans from the Hebrew Free Loan Society to help them pay their bills if necessary:

Approximately 50,000 Jewish federal workers face weeks or months without pay due to a government shutdown over funding for US President Donald Trump’s proposed border wall with Mexico, the Jewish Federation of Greater Washington told The Jerusalem Post this week.

But those struggling to pay their bills are being thrown a lifeline. The Hebrew Free Loan Society of Greater Washington will offer interest-free emergency loans to those affected by the shutdown, offering essential aid to workers and their families entering an interminable period of financial instability.

Trump has embraced the shutdown and warned Democratic congressional leaders he is willing to drag the impasse on for months– or even years– unless he is granted $5.6 billion in border wall funding.

Democrats are refusing to budge, characterizing the wall as practically useless for border security, symbolically hateful and antithetical to American values.

“We estimate at least 50,000 Jewish federal employees have been impacted,” said Gil Preuss, chief executive officer of the Jewish Federation of Greater Washington. “In terms of community response, we are currently working with local human service agencies to track incremental needs and address them as they arise. Over the course of this week, we expect to see a growth in demand for services as employees seeks financial assistance as well as other support.”

The president of the local Hebrew Free Loan Society, which has chapters across the nation and around the world, said the organization held a conference call on Christmas Day and agreed to make an exceptional offer of emergency assistance.

…The loan society’s drive started with $30,000 in assistance funds and quickly doubled with donations. Kritz says the society will “not turn anyone away” in need throughout the crisis.

“In our community there are people who work at the Food and Drug Administration on food safety, on innovations for Medicare, at the State Department as foreign service officers – Jews who have looked around at what they could do and could’ve been venture capitalists or hedge fund managers, but have devoted their lives to making our world a better place,” Kritz added. “We owe it to them to help.”

Sure, Jews work for the government out of the kindness of their hearts, devoting themselves to public service without expecting much in return, except for undue influence over every aspect of our lives, lucrative government benefits and pensions, guaranteed jobs as influential lobbyists, and co-opting the government as a vehicle for their radical Leftist agenda.  The jewish motto is, “Ask what your government can do for you, and keep whining until they give it to you.”

Of course these interest-free bridge loans are for Jews only — if you happen to be a Federal employee who is going to lose his house, you better be jewish otherwise tough luck.  This kind of jewish privilege is often mentioned on the jews-only news sites, but rarely in the jewish-controlled mainstream news.  After all, Jews want to brag about their generosity to each other, but they don’t want too many of the goyim knowing just how privileged Jews are compared to the unwashed masses.  Interest is for the dumb goyim, which allows Jews to lend each other money interest-free.