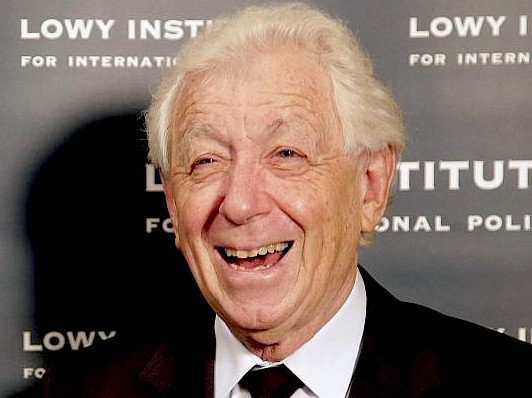 As reported by a major jewish news site, The Times of Israel, five of the top seven positions on the list of Australia’s wealthiest people are members of the Jewish community:

The country’s wealthiest person according to the Business Review Weekly is Melbourne’s Anthony Pratt with $12.9 billion Australian dollars or $9.75 billion US. The BRW reports that US President Donald Trump’s tax cuts and allowing a 100 percent tax write-off of capital expenditure gave Pratt another $100 million annually. His company, Visy, produces cardboard boxes and runs recycling plants across the US.

Property magnate Harry Triguboff, managing director of Meriton, is ranked number 2, with a fortune of $12.2 billion Australian dollars, or $9.2 billion US. In addition to being the country’s main developer of apartment blocks, the 85-year-old is reported to own some 4,500 hotel rooms.

Number 5 on the list is Sir Frank Lowy, who is the co-founder of shopping center company Westfield. He recently secured a $22 billion deal selling his US and Europeans malls to the French company Unibail-Rodamco. Lowy is reported to have a net worth of $8.42 billion Australian dollars, or $6.36 billion US.

South African-born Ivan Glasenberg owns 8.4% of Glencore, the world’s largest commodity trader of which he is the chief executive. He lives in Switzerland, but became an Australian citizen in the 1980s. He has a reported wealth of $6.85 billion Australian dollars, or $5.18 billion US.

John Gandel is the principal of the Gandel Group, which operates a large property portfolio. His estimated worth is $6.45 billion Australian dollars or $4.87 billion US.

Jews are very proud that their co-ethnics dominate the wealth rankings in most countries wherever they dwell, and they report it in a matter of fact way, like they were giving a weather report.  But if we report the same information about jewish wealth, we are most likely ‘antisemites’ driven by ‘jealousy’.  After all, why should it concern any non-Jews what the Jews are up to?  Do the goyim have a right to be concerned that so much of the world’s wealth is consolidated in such few hands of one ethnic identity?

If Muslim arabs controlled this amount of wealth in our countries, and controlled most of the major media outlets, would you be concerned?  What if you were called an “islamophobe” if you didn’t trust Muslims with this much power over your countries?  Someone once observed that “money follows the path of least resistance,” which explains why the most amount of money ends up in the bank accounts of the most immoral people.  If there is a line that you won’t cross, then your ability to amass such wealth will be hampered, to say the least.