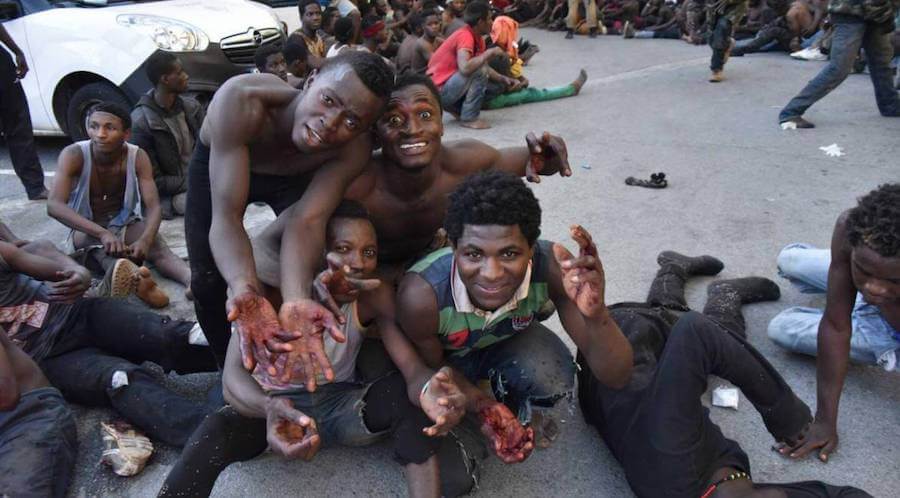 There continues to be more violence from Blacks out of Africa, this time as armed invaders:

A group of over 700 undocumented migrants made a coordinated jump over the border fence separating Morocco from the Spanish enclave of Ceuta on Thursday morning.

Migrants used homemade blow torches and quicklime against the police, in what has been described as one of the largest and most violent border crossings in recent years.

Hundreds of migrants were stopped on Moroccan soil, but 592 more, by Red Cross estimates, made it across and headed straight for the immigrant center in Ceuta.

A total of 132 people required medical assistance, including 22 police officers who suffered respiratory problems as a result of the quicklime and homemade sprays. It is the first time these types of sprays have been used against police officers. Police sources say the officers have “injuries and burns” because of the “unusual violence” of the attack.

Since that radical liberal government has taken control of Spain, Africans have begun flooding over the border, emboldened by the liberal welcome mat.

Now they are entering the country armed with weapons, and Spain is doing nothing to stop them. They should be shot on sight–and this farce would stop immediately. Try threatening a border guard with a weapon in most countries–see what happens. Not in Spain–they reward this aggressive behavior with free health care and cell phones.