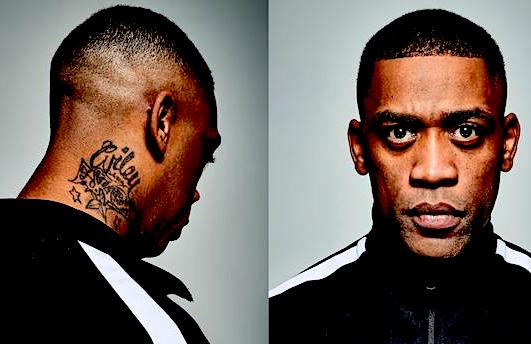 (The Jewish Chronicle) More than 700 UK music acts, record label bosses and managers have backed a plea for “unity” in the music industry in the wake of the ‘antisemitism’ and ‘racism’ row sparked by the grime star Wiley:

Lewis Capaldi, Rita Ora, Little Mix,Nile Rodgers and The 1975 are among the signatories of a letter published today calling for “love, unity and friendship, not hatred and division” within the British music industry.

The unprecedented initiative follows the antisemitic social media rants by rapper Wiley which led to him being banned from Twitter and Facebook after he compared Jewish people to the Ku Klux Klan and said they treated black artists like slaves in the music business.

But the signatories – including artists, songwriters, producers, managers, publishers and lawyers from all backgrounds and faiths – also highlight issues around anti-black racism in America in recent months.

The letter states: “We, representatives from the music industry, write to demonstrate and express our determination that love, unity and friendship, not division and hatred must and will always be our common cause.

“In recent months through a series of events, the antisemites and anti-black racists, plus those who advocate Islamophobia, homophobia and transphobia, clearly want us all to fail.

“Whether it be systematic racism and racial inequality highlighted by continued police brutality in America or anti-Jewish racism sewn through online attacks, the result is the same – suspicion, hatred and division.

“We are at our worst when we attack each other. Minorities from all backgrounds and faiths have struggled and suffered. From slavery, mass genocide and the Holocaust, we have painful collective memories.

“We the British music industry are proudly uniting to amplify our voices, to take responsibility to speak out and stand together in solidarity. Silence is not an option.”

The letter is the brainchild of two music executives – (((Alistair Goldsmith))) and (((Marc Fineman))).

They said in a statement: “We were both really concerned about the events that had been unfolding and we wanted to make sure that the music industry said something loudly with one voice – from artists, to managers, producers, songwriters, other executives and major music companies – that we are collectively better than this. We have a shared fight against antisemitism and any sort of racism wherever and however it raises its ugly head.”

So two Jewish music executives write this letter basically prohibiting any ‘antisemitism’ in the music industry — you will not speak of — or even notice — just how many Jews there are at every turn.

This idea that the music industry is somehow ‘anti-Black’ is laughable — Jewish producers have been promoting Black music for almost 100 years — they used Black music as a vehicle to racially integrate hegemonic White society.

Virtually every Black millionaire in America and Europe owes their wealth to the Jewish entertainment industry — music, movies and sports.

First you’re listening to Louis Armstrong sing “Hello Dolly,” and the next thing you know, Virginia is legalizing inter-racial marriage.

And once you were acclimated to Blacks in entertainment — and sports — you might accept racial integration in your neighborhoods, schools, and ultimately your own home.

Black stars are ‘useful idiots’ — as Yuri Bezmenov explained — that Jews have used to subvert and bolshevize White nations — while Blacks naively believe they are famous because they are “talented”.

No, this letter is NOT about eliminating anti-Black ‘racism’ from the music industry — it’s about getting the Jews’ pet Black musicians — their Golems — all in line and on the kosher mental plantation.

Virtually every Black millionaire in America and Europe owes their wealth to the Jewish entertainment industry — music, movies and sports — and the quid pro quo agreement is that you will not bite the kosher hand that feeds you.

The real meaning of this letter is loud and clear from on high — if you want to continue to enjoy your cushy jobs and posh lives in the music industry, you will never mention that it is run — just like Bolshevik Russia — almost entirely, by Jews.

And, of course, the Jews didn’t fail to notice that the notorious ‘antisemite’ Roger Waters of Pink Floyd fame did NOT sign this pledge to essentially never criticize the Jews or Israel ever again.