80% Of Abortions in England and Wales Committed By White Women 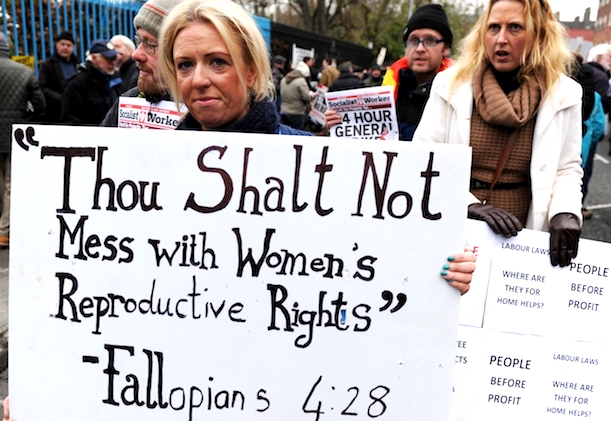 Statistics recently released on abortions in England and Wales showed that not only did 25% of all pregnancies end in abortion, almost 80% of all abortions were allegedly committed by White women:

Nearly a quarter of babies are aborted in England and Wales, shocking new statistics reveal.

Excluding stillbirths and miscarriages, 23.8 per cent of pregnancies were cut short by abortions in 2018.

While there were 657,076 live births last year, 205,295 unborn babies were killed – meaning that for every three babies born, there was one abortion.

…Strictly speaking, elective abortion is not legal in Great Britain. Before an abortion can take place, two doctors must certify that the pregnancy is a threat to the life or health of the mother—or her children. As such, a medical reason is required for every abortion that takes place in the United Kingdom; doctors have seven reasons to choose from. In practice, the third reason (C), which states that continued pregnancy threatens the physical or mental health of the mother, has become the de facto response for elective abortion. In 2017, it was the statutory reason for 98% of all abortions in Great Britain.

If these statistics are indeed true, they are remarkable in that they are the exact opposite of what we find in America where White women commit less than 10% of all abortions each year while “women of color” commit the vast majority.  Yes, America is still a far more Christian nation than England and Wales are, but does that account for this incredible disparity?  Is the economy so much worse in England that single mothers would rather abort their child than raise it alone?  Neither seems likely.

Since the vast majority of abortions in England are occurring in cities with large non-White populations, it could be possible that many of these women are becoming pregnant by non-White males, and instead of raising their children as guaranteed single mothers, they are opting for abortions.  England is obviously a much smaller country geographically than America, which forces Whites to live in much closer proximity to non-White immigrants whereas in America, Whites can and do move away when their neighborhoods become “too diverse.”

Even though the non-White population of England and Wales is technically smaller than that in the U.S.A., because of it’s small size, it is much harder for Whites to avoid “diversity” and thus avoid race mixing.