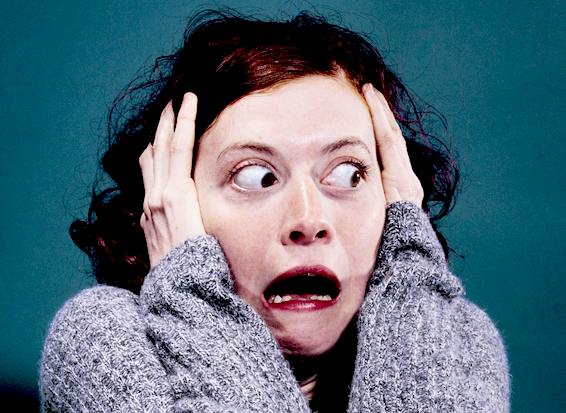 So-called ‘scientists’ announced Thursday that the Doomsday clock is stuck at 11:58, citing nuclear weapons and climate change as two existential risks that leave the world dangerously close to an apocalypse:

“The 2019 time should not be taken as a sign of stability but as a stark warning,” Bulletin President Rachel Bronson told reporters at the National Press Club in Washington.

“It’s a state as worrisome as the most dangerous times of the Cold War. It’s a state that features an unpredictable and shifting landscape of simmering disputes that multiply the chances for major conflict to erupt. This new abnormal is simply too volatile and too dangerous to accept as a continuing state of world affairs.”

“Recognizing this grim reality,” she continued, “it is still two minutes to midnight – remaining the closest to midnight that the clock has ever been set.”

Bronson said the current time is the closest it has been to doom since 1953, when the United States and Soviet Union began testing hydrogen bombs.

Following the announcement, she told The Washington Post that the scientists decided that keeping the clock set at that “daunting time” was appropriate because “the time corresponded to the message we were sending.”

She said the board was mainly concerned that “US-Russian relations are near an all-time low,” “the arms-control architecture is deteriorating” and “carbon emissions are rising after a period of plateauing.”

More specifically, the scientists referenced the unresolved issues with North Korea and President Trump’s decision to abandon the nuclear deal with Iran.

“Meanwhile,” the Bulletin’s Science and Security Board said, “the world’s nuclear nations proceeded with programs of ‘nuclear modernization’ that are all but indistinguishable from a worldwide arms race, and the military doctrines of Russia and the United States have increasingly eroded the long-held taboo against the use of nuclear weapons.”

Bronson also emphasized “the intentional undermining of the information architecture for political purposes.”

In fact, the scientists have referenced a “reckless use of language” in the past but, this year, they called it out and expressed deep concern, Bronson said.

“We began seeing very intentional efforts to undermine our ability to understand truth from fiction,” she said, calling attempts to distort reality “a threat multiplier.” “We worry that it will make dealing with these big issues all the more difficult.”

Former California governor Jerry Brown (D) and former secretary of defense William Perry, who are both members of the Bulletin’s board, wrote in an op-ed Thursday for CNN that the world has not been in this much danger since the Cold War.

“We have to go back 66 years, to 1953, to find a time of equal danger: The Soviet Union had just tested a hydrogen bomb. Eastern Europe was in the iron grip of the Soviet Union. There was danger of a military conflict erupting in Berlin. And US troops in West Germany, fully expecting an invasion, were preparing to use tactical nuclear weapons against the invaders,” the op-ed read.

…The group’s reasoning has traditionally focused on the availability of nuclear weapons and a willingness among the world’s great powers to use them.

However, in recent years, the scientists have also considered the threat posed by climate change, which the scientists warned in 2007 is “nearly as dire” as the dangers of nuclear weapons.

This so-called “Doomsday Clock” has nothing to do with science; it’s true purpose couldn’t be more transparent: to instill fear in the public so that they will accept a political agenda that promises to rid the world of those “evils” that are allegedly threatening our societies.  The threat of nuclear war was very effective as a weapon to keep the public in line, but now that such a scenario has become harder to sell, in steps “climate change” to keep the fear level high.

And it’s probably merely a coincidence that the agenda pushed by the Doomsday Clock crowd just so happens to come from the extreme Left, but that should surprise no one because liberalism has always thrived on inducing fear to get its way.  It relies on hysteria masquerading as scientific objectivity.  The only thing that will save the entire planet from annihilation is unfettered cultural marxism and global government controlled by the central bankers.  Once that is achieved, there will be no more need for a Doomsday Clock.