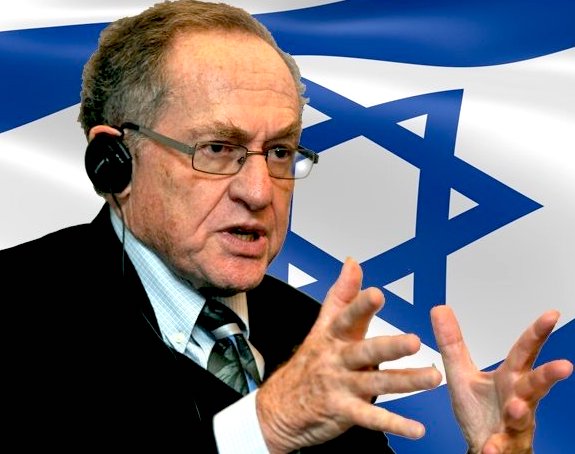 In an Op-Ed piece published in The Jewish Press, accused pedophile and friend of convicted pedophile Jeffrey Epstein, attorney Alan Dershowitz claims that Jews should strive to consolidate even more power, which includes an even tighter stranglehold over the press:

Jews have contributed enormously – disproportionately – to America’s success. Along with other immigrants, Jews have helped change our country for the better – academically, scientifically, economically, politically, militarily, medically, legally, technologically, and in so many other ways.

We have earned the right to act as first-class citizens. No other group is ever accused of having too much power and influence. That false claim – dating back to times and places where Jews had little or no influence – is an anti-Semitic trope that tells us more about the anti-Semites who invoke it than it does about Jews.

If Israel had existed, with the powerful army it now has, the history of European Jewry might well have been different. If Jews had more political power in the United States during that time, the doors of our nation would not have been shut to our brothers and sisters seeking asylum from Nazism.

…So if anybody ever complains about Jewish power and influence, remind that person that Jewish power is the best road to peace: that history has proven that Jews without power are vulnerable to the oldest prejudice known to human kind – a prejudice that may abate, as it did for several decades following the Second World War, but will always rears its ugly head as it is now doing in England, France, Eastern Europe, and on the hard left in the United States.

If Jewish power and influence are used in the cause of peace and justice, we should not be ashamed of it. It should be a source of pride.

If we are to believe Dershowitz, if we do not oppose jewish power, then the world will be a peaceful utopia.  He seems to honestly believe that Jews are our best chance for world peace and that we should trust them to bring that about.

We’ve seen what unopposed jewish power looks like, and its Russian mass graves filled with tens of millons of White Christians who witnessed first-hand what it’s like to live under the boot heel of jewish Bolshevism or jewish utopianism.

As Dershowitz points out, Jews do, in fact, need more power than other groups to ensure their “safety”, and that’s because no other group is as universally disliked and distrusted for amassing that power.

This jewish exceptionalism, which is just another way of saying jewish hypocrisy, is what angers and irritates people.  We have foolishly ceded the moral high ground to the Jews by going along with their self-serving version of WWII.

So when we cower before their demands for more power, we end up getting lectured by accused pedophiles like Dershowitz that anyone who opposes their agenda is a Nazi.