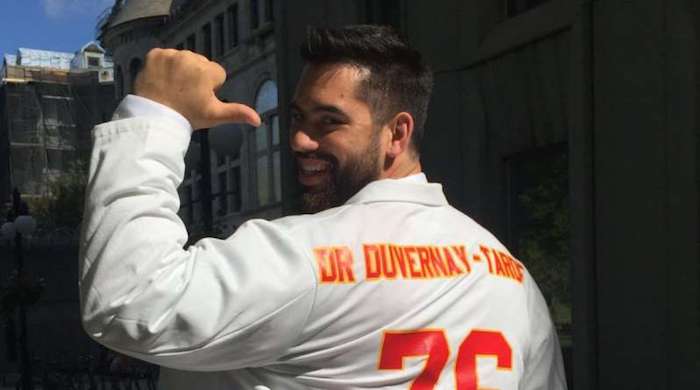 “Chiefs right guard Laurent Duvernay-Tardif won’t be at the team’s OTA practice on Tuesday, but he’s got a pretty good excuse. He’s in Montreal, where he is graduating from McGill University’s medical school.”

“That makes him the first active NFL player to hold a medical a degree, an accomplishment he hopes the league will let him tout on the back of his jersey.”

Comment:
Despite the fact that the NFL is now over 80% black, the offensive line position–like quarterbacks–is still dominated by white players–and there’s a reason for that: it is a complex position. And given the time requirements to study Medical school–and an NFL playbook–it is rather remarkable that this guy was able to do both. If the player who accomplished this were black–the media would turn this guy into a hero and household name.