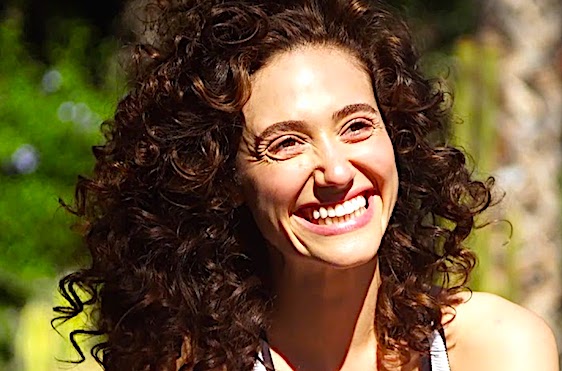 Rossum — whose mother is of Russian-Jewish descent — commented, “This stirred up a lot for me in a time when I’m already pretty stirred. It’s disgusting. It’s sad. And yet not a surprising or unique experiece [sic] of the white supremacy and bigotry that pervades our country and industry at all.”

The “Phantom of the Opera” star then shared her own experiences with antisemitism in Hollywood.

“On multiple occasions I’ve had people — both in the industry and not — be surprised to learn that I’m Jewish. They usually react with “Oh! Wow. You don’t really LOOK Jewish,’” she wrote. “And when I offer no response and let the statement linger they continue with some kind of defensive qualifier like ‘I mean that in a GOOD way! As if ‘looking Jewish’ — whatever that means to them — is something I should want to avoid. This makes me sick.”

She added, “I can’t even tell you the amount of times I received audition feedback solely based on my appearance: ‘too ethnic’ ‘just want someone more ‘American’ looking’ ‘we ideally want a blonde with blue eyes, someone that just looks nicer’….. etc. And this is my experience as a WHITE woman. I can only imagine the impossible hurdles of getting a job as a person of color in this industry. Have I even felt 1/1000th of the intolerance, bigotry and pain that POC are routinely subjected to? I don’t know.”

Rossum concluded by saying she acknowledged it might not be “helpful to compare,” but “it’s only helpful to find deep deep empathy and love and call out intolerance where we see it — both in ourselves, others, systems, the world. It’s painful and scary. It’s a lifelong commitment and journey. I am and will continue to be an ally.”

You won’t find many actresses who look more typically Jewish than Emily Rossum.

She is also deluded if she thinks Jewish women, with few exceptions, don’t have a well-deserved reputation of being comparatively unattractive, especially as they age, and for using plastic surgery to look less Jewish and more classically White.

She is also deluded to think that the Jews who run Hollywood are “White supremacists”.

Yet she acknowledges she has benefited from the “privilege” her whole live of being able to “pass” as White despite not really being White.

That’s what the infamous “white privilege” is really about.

The Jews who run Hollywood have been instrumental in giving her and her fellow Jews the false impression that they’ve become universally accepted as White.

Jews have always wanted to have their cake and eat it too — they wanted to “assimilate” into White American society — to dress, talk, and live like Whites — but at the same time remain a distinct ethnic unassimilated group.

Which means they can be “White” when it’s convenient, yet claim to a be non-White Jewish minority when that’s convenient.

All the while accusing anyone — including other Jews — who dares point out to them that they’ve failed to “blend in” — of antisemitism.

Jews play a racial shell game — their protean ability to do so is an essential part of their power to subvert all White nations — but when you are involved in such a deceit, it will always come back to bite you.