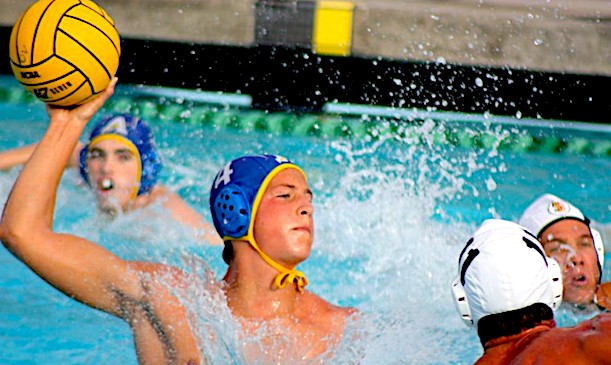 School officials in Orange County, California, said they will reopen an investigation into a group of high school students seen on video giving Nazi salutes last year after more racist images surfaced, according to a report Wednesday:

The initial video obtained by the Daily Beast — which posted about eight seconds of it — shows members of the boys’ water polo team at Pacifica High School in an empty room that administrative officials say was later used for an athletic banquet. The video showed about 10 boys in a stiff-arm salute while singing a Nazi marching song…

The Garden Grove Unified School District said in a statement that the footage was recorded last November but that administrators hadn’t become aware of the video until March.

It said the students were unsupervised at the time.

The district said Monday that administrators had “addressed the situation with all students and families involved,” but failed to specify what disciplinary actions it took…

“This new information, which continues to unfold minute by minute, demands a school-wide call to action to address the severity of these claims to ensure hate speech never happens again,” Pacifica High School Principal Steve Osborne said. “Hate speech will not be tolerated. This is not who we are.”

…He added that the school had been in communication with the Anti-Defamation League and the Museum of Tolerance in Los Angeles in an effort to expand anti-bias education for students.

Rabbi Peter Levi, director of the Anti-Defamation League’s Orange County chapter, had slammed the school for apparently not addressing the incident with the community.

“Generally speaking, especially when something like this involves a group, we would think a more meaningful approach would be to use this as a learning opportunity, as an opportunity community-wide to state what our values are,” Levi told the Daily Beast.

It’s not the first time a high school in Orange County has dealt with its students engaged in Nazi portrayals.

Students from schools in the Newport-Mesa Unified School District faced suspension in an unrelated incident in March after photos emerged of them playing beer pong with cups set up in swastika formation.

Boy, if we are to believe the ADL, the infamous “O.C.” is a literal hotbed of Nazi activity, probably because there either isn’t enough diversity, or perhaps because it is becoming too diverse, depending on which rabbi you talk to at the ADL.  However, in the eyes of a paranoiac, beer pong can never be just a drinking game, because depending on how the cups are arranged, it could be the beginning of “another” Holocaust.

The Beach Boys were sold to the American public as just an innocent group of fun-loving guys singing about the beaches of Southern California, but apparently there was a dark side to that fantasy of fast cars, surfing and bikinis which was depicted in the 1987 film Surf Nazis Must Die.  Because nobody took that film seriously, now the good people of Southern California have a much more dangerous problem their hands: Nazi water polo players from hell.