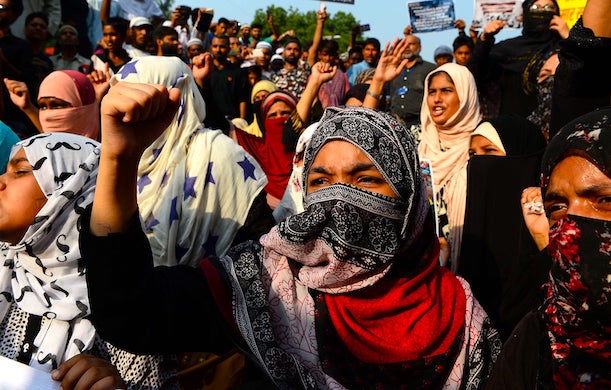 Residents of the northeastern Indian state of Assam were given until August 31 to present papers proving them or their families were residents of the area before 1971, or they will face deportation, the United States Commission on International Religious Freedom (USCIRF) reported:

In March 24, 1971, Bangladesh declared its independence, which caused millions to flee the country into Assam, which lies on the border with Bangladesh.

Indian Minister of Home Affairs Amit Shah, President Narendra Modi’s right hand and current president of the BJP, Modi’s political party, vowed to eject the “termites” from India and “send back the infiltrators.”

For that purpose, residents of Assam are to provide papers that prove them or their families lived in the area before 1971.

“Only individuals able to prove their citizenship prior to March 24, 1971, along with their descendants, will be included on the updated NRC list,” the USCIRF stated.

In January, the Indian government approved the granting of citizenship to residents of Assam who came from Bangladesh, Pakistan and Afghanistan, so long as they are not Muslim.

Now, residents stand in long lines to provide the papers that prove their link to the land, only that a quarter of the residents don’t know how to read or write, which hinders their ability to provide those papers.

Bangladesh has announced that it will not accept those whose residence status will be ruled out, which means that in a few days some four million people may find themselves stateless.

This common sense action is possible in India because the country isn’t crippled by millions of jewish lawyers slapping the government with lawsuits on behalf of these alien Muslim invaders so their deportation process is dragged out indefinitely.  The only way America could ever deport the tens of millions of illegal invaders now residing here would be by cutting these “immigration” lawyers off at the knees, suspending due process after declaring a national emergency and martial law.

But the government will never do that voluntarily; the citizens would have to demand it. In order for that to happen, the country would have to be flooded with another 20 million illegals literally roaming the streets like a scene out of Mad Max or Road Warrior.  Just how much American soil will be conceded to Third World invaders until White America has finally had enough?  It seems that they are willing to let it deteriorate to the point to where only the intervention of God’s hand will save them.