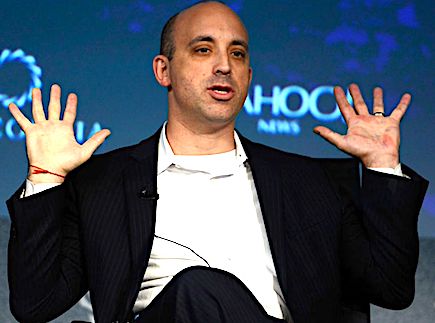 The Anti-Defamation League on Wednesday weighed into the controversy over a Trump administration adviser, William Happer’s comments from five years ago comparing the “demonization” of carbon dioxide emissions with the alleged genocide of six million Jews by the German National Socialists:

Writing on Twitter, ADL CEO Jonathan Greenblatt said he did not believe the quote from scientist William Happer — who serves on the National Security Council as the president’s deputy assistant for emerging technologies — was genuine until he saw the CNBC interview from five years ago in which the comparison was made.

The statement in question was made during a heated exchange between Happer — a professor of physics at Princeton University — and CNBC host Andrew Ross Sorkin.

When Sorkin questioned Happer about an earlier comparison the scientist had made between climate change scientists and the Nazis, Happer accused his critics of trying to smear him as a “Holocaust denier.”

None of this “misunderstanding” is surprising considering that Jews cannot even come to an agreement about a practical definition of antisemitism.  Usually, our jewish overlords “allow” us to make generalizations about Jews as long as they are complimentary, as in, “Jews are so smart, successful, and hardworking.”  Any negative generalizations, however, such as “Jews are never satisfied,” is clearly meant to hurt, defame,  and demonize Jews, and will be considered the prelude to “another” Holocaust.

So here we have the ADL going one step further into the realm of extreme derangement and confusion by announcing that we are no longer allowed to even compliment Jews or acknowledge their existence.  Jews at the ADL make a handsome living off of intentionally misunderstanding every public comment about Jews, because they seem to truly believe that the alleged Holocaust started with some offhand negative comment about some Jew somewhere in Germany that went unchallenged.  After all, Jews cannot feel like Jews unless the ADL keeps reminding them just how hated they are, and the ADL are experts at being hated for their hypocrisy.