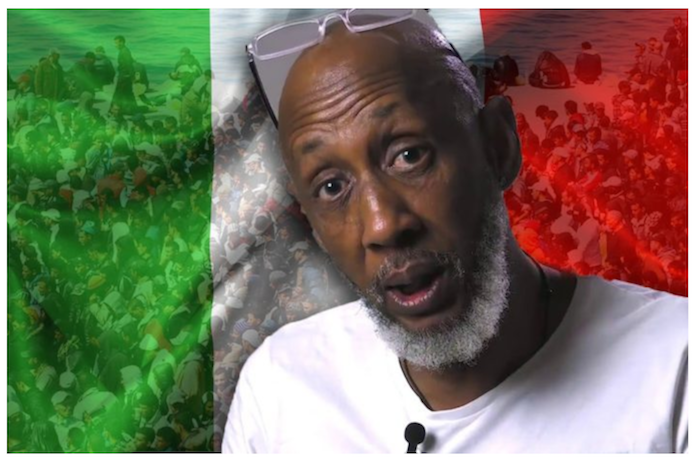 An African immigrant who has lived in Italy for the last 20 years warned in an interview that unless the borders are closed, Italy is headed for a civil war pitting Italians against Africans:

Italy’s Interior Minister receives support for his anti-migration policy from an unusual side. Mohamed Konare, an African migrant who has lived more than two decades in Italy, advises the country to shut its borders.

“The global oligarchy wants to empty Africa of its human resources, bring young men in here, knowing the economic difficulties that Europe is dealing with now, bring them into Europe knowing that they will not have a future,” Konare says.

Speaking from his experience, a lot of foreigners who came to Italy are still unemployed:

“We, who have been here 20-30 years, foreigners who live here today are almost all unemployed. Each one gets by, because after 10-20 years in a land.”

According to Konare the results are devastating as young African migrants are poorly prepared for Western society and speak ‘poor Italian’.

“Therefore, those youths will be thrown onto the street without any assistance, without any means. Speaking poor Italian, not knowing Western culture, what will happen?

A war among the poor, that is the (lower class) Italians who are in difficulty will find themselves confronted with thousands, hundreds of thousands of hungry Africans,” he says.

The African migrant says there’s only one solution to prevent that situation and that is to shut the borders.

“Our scope is to avoid having a war break out between Italians and Africans. The only way to avoid this above all is to close the borders.”

Africans still live in hunter-gatherer societies with very few of them capable of conceiving of life beyond the next meal.  Planning ahead is an unknown concept to most Africans, which is why they can never live effectively among Whites who literally plan everything of importance in their lives.

When these modern-day hunter-gatherers show up in Europe, they naturally still behave the same way — they beg, borrow and steal — and when that doesn’t get them what they want, they will rape, rob, and kill.  This primitive instinct cannot be “educated” out of them — it is always there, bubbling beneath the surface, waiting to lash out the second their child-like demands are not met.

As long as the Italians — or any other Europeans — continue to treat Africans as potential White Europeans in the making, their countries will continue down the path toward open civil war.

In reality, Africans are not a “human resource” but rather a useful tool for the jewish oligarchs to destroy White Christendom.