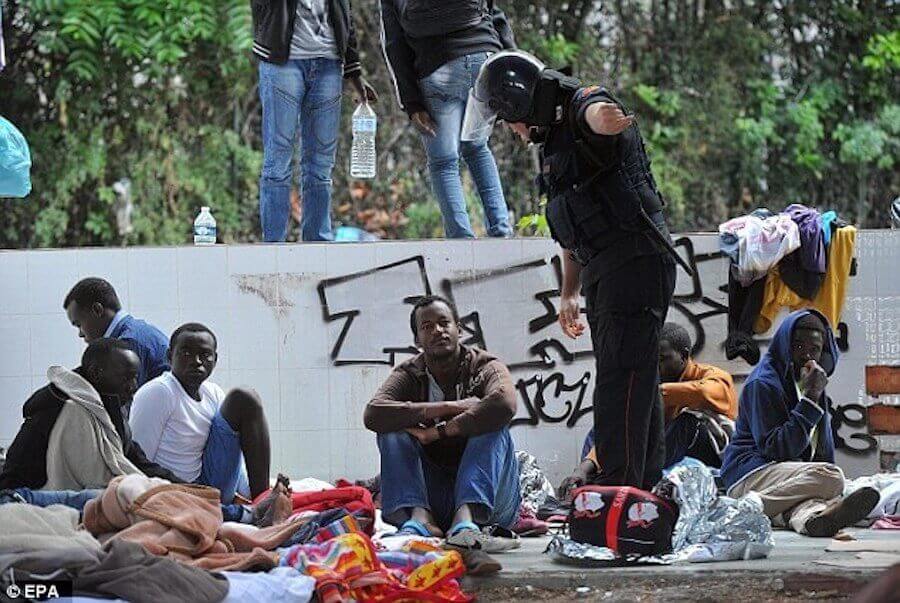 Apparently an attitude of entitlement comes natural to the Black mind, especially when they are being welcomed with open arms:

On 1 August, a little more than one hundred migrants protested against their living conditions in front of Varennes-sur-Allier’s police centre, La Montagne reports.

Viltaïs is a charity given the responsibility by the French state to care for the Varennes-sur-Allier’s migrants. They are financially backed by the government and are housing the migrants in a care centre.

According to the migrants, they are being treated unfairly, “it’s a lack of humanity” they say, and also expressed anger over the quality of the food.

They complained they are only “eating bread and drinking milk”, with also “very little meat” and sometimes nothing at dinner”.

The food is not the only issue, they are also furious about having to work “7 to 17 hours” everyday to not be expelled from the migrant centre.

“The residents are eating well and are living in very good conditions”, explained Fabien Guieze, one of Viltaïs’s heads, but he also explained that their funding had been cut by 25 per cent.

This attitude is understandable, as Africans come from a society where everything is free and none of them ever had to work a day in their lives–because only women work in Africa while the men sponge off of them. It is a legitimate cultural shock to discover that in Europe–at least before the socialists take complete control–men actually have to work.

But these Africans need not worry–Europe is becoming dominated by socialists and feminists who are experts at giving away free stuff and not holding anyone accountable for their actions. Europe will start feeling like Africa sooner than you realize.