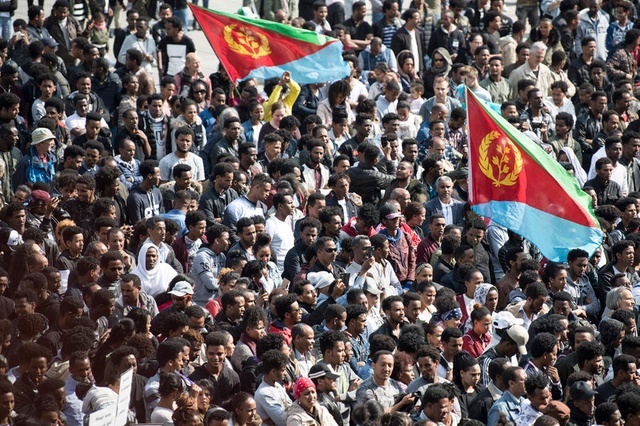 Apparently, Africans think that just because their lives are difficult in Africa that Europeans will automatically take sympathy on them and grant them citizenship so they can get welfare and not have to work anymore.  The Swiss aren’t as sympathetic as they were expecting:

Rejected Eritrean asylum seekers may still be deported to their home country even if they face being called up for compulsory national service, a Swiss court has ruled.

All Eritreans – both men and women – must complete national military service, which can last between five and ten years, according to Switzerland’s Federal Administrative Court. Service conditions can be harsh and there have been reported cases of abuse and sexual assault, it says.

In a ruling published on Thursdayexternal link, the court said the requirement for Eritreans to perform national service in a poorly paid position for an unforeseeable amount of time “places an excessive burden on citizens”. However, this argument is not legally sufficient to prevent deportation, it added.

The European Convention on Human Rights (ECHR) only forbids deportation if there are reasonable grounds to believe that there is a real risk of a flagrant breach of the prohibition of forced labour.

The Swiss court said that although the conditions during Eritrean national service are reportedly difficult, they are not so severe as to make deportation unlawful. It also added that cases of abuse and sexual assault were not widespread enough to influence the assessment.

The court said in general that it does not believe anyone returning to Eritrea voluntarily faces a real risk of detention or related inhumane treatment.

The ruling followed an appeal by a 21-year-old rejected Eritrean asylum seeker, who had argued that the prospect of conscription into Eritrean national service should prevent his deportation from Switzerland.

Life is difficult in Africa for Africans because there are Africans there.  They want to live in White countries to avoid those hardships, but then they complain when Whites don’t welcome them with open arms – or when Whites don’t treat them like the arriving kings that they see themselves as.

Every African “asylum seeker” faces some sort of hardship if they are forced to return to Africa – after all, they are returning to the most backward and impoverished place on Earth. They clearly do not want to live around their own people – unless it’s in some European ghetto they create when they are allowed to stay.  And then they will burn that ghetto down if the Whites don’t give them a free cellphone.