After Helping Destroy It, UK Jews Announce ‘Europe Is Finished,’ Leave For Israel 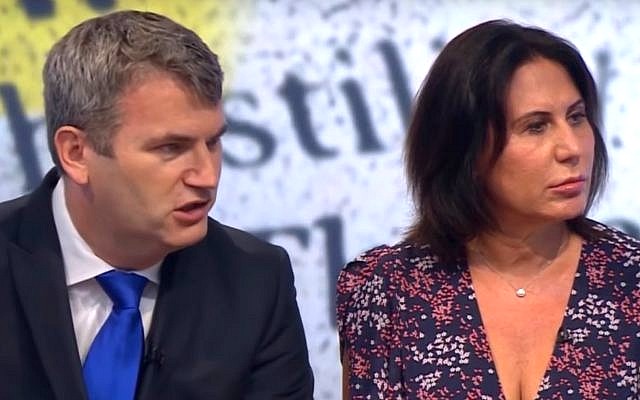 “Europe in my view is finished. Every day you see people being attacked in one way or another across Europe,” Mark Lewis told Israel’s Channel 10 news, which accompanied his arrival, together with partner Mandy Blumenthal, at Israel’s Ben Gurion Airport.

Lewis, 54, one of the UK’s leading libel lawyers, said he has been increasingly subjected to hate speech and threats for being Jewish, including being subjected to regular abuse and death threats online.

The decision to leave Britain did not come easily, the couple has said, but they feel it was inevitable. “We’re a wandering people, and it’s time to wander again. People just don’t want to see it,” Lewis said of his fellow British Jews.

“We’ve accelerated our decision of moving to go to Israel because of anti-Semitism being so institutional and accepted in mainstream life,” Blumenthal charged.

“So many people have these ideas about Jews being responsible for every disaster that’s ever happened in the world.”

Lewis and Blumenthal first publicized their intention to leave for Israel in an interview with the BBC in August. They said they knew other people who are considering leaving the country because of anti-Semitism.

In the interview, the couple also blamed the leadership of Labour under Jeremy Corbyn for creating an atmosphere that allows anti-Semitic feelings to bubble up, and largely dismissed Corbyn’s assertion that anti-Semitism is not tolerated in the party.

…Lewis said while anti-Semitism was a fringe phenomenon in the past, it is has become more prominent due to social media.

“Social media has caused so much harm,” he said. “Fifteen years ago there was still anti-Semitism but it was an obscure thing. Fifteen years ago somebody painted a swastika on my garage door in Manchester, that was a message. But it was a one-off, it was something you could almost laugh off. Now with the effect of social media, it’s almost every day.”

…Explaining the couple’s decision to move to Israel, Lewis said “there is only so much you can take.”

The Jews have their own country, so they have absolutely no reason to continue to stay in White countries and subject themselves to having their feelings hurt.  Israel wants every Jew from around the world to immigrate, so what’s stopping them?  Life in Israel is good — it’s a jewish welfare state that is sustained by massive financial aid from the U.S. and so-called holocaust reparations from Germany.  Jews are protected 24/7 by armed troops patrolling the streets and borders, gunning down anyone who even looks cross-eyed at a Jew.  It doesn’t get any better than that.

This angry Jew, however, reveals the soft underbelly of the jewish plans to take over our societies: the internet, over which they have no real control.  And when Jews cannot control “The Message,” they panic and take their ball and go home.  Jews hate a level playing field, and their ability to succeed is dependent on their ability to give themselves unfair advantages, which is why they are feverishly pushing for hate speech laws, which they hope will shut their critics up once and for all.  But the harder they push, the harder the push-back will be, and when the goyim push back, they scream “antisemitism” and flee to Israel.