After Supporting Black Rioters, Jews In L.A. Cheer As ‘Racist’ Police Arrive To Protect Their Neighborhoods 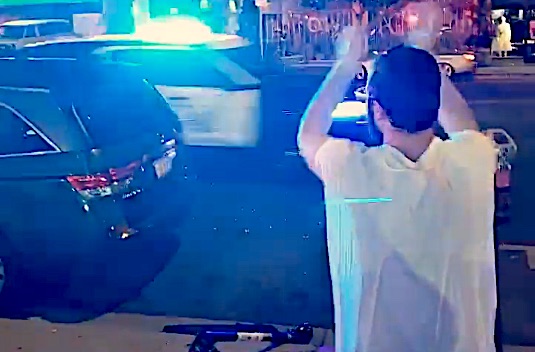 After expressing open solidarity with the violent protestors in the wake of the death of George Floyd, Jews in Los Angeles welcomed with loud cheers an army of police vehicles into their neighborhoods to protect their property:

Rabbi Steven Burg on Sunday posted a few remarkable videos as well as a still image portraying the state of things in Los Angeles during the race riots.

We post here the cluster of his post as well as, separately, the touching video of young Jewish men welcoming a column of police vehicles in to their neighborhood.

[Images of] Terrible antisemitic attacks against the Jewish community in LA using the George Floyd protests as a cover.

Communist/anarchist Antifa thugs, using the death of George Floyd as an excuse to go on another rampage, apparently targeted a couple Jewish synagogues in Los Angeles, tagging them with banal anti-Israel graffiti.

Jews still haven’t figured out how to convince these mostly-White Leftist radicals — who still live with their parents — to support the rich, oppressive Israelis instead of the poor, disenfranchised Palestinians, their natural political allies.

So they have their Jewish friends who own the media portray these mostly-White Antifa radicals as “white supremacists” and “antisemites” when it suits them.

Virtually every Jewish group has come out in support of  the rioters and looters and excoriated the “racist” police — but only as long as they don’t step foot in Jewish neighborhoods, and when that happens, these hypocrites cheer the same “racist” police as they protect their personal property.

All of a sudden we hear Jews invoke the “rule of law”.

One Jewish rabbi has called on Jewish attorneys to defend these thugs who are burning down and looting America’s cities with free legal services if they get arrested.

Clearly, Jews are playing a very dangerous game here, walking a very precarious tightrope — aiding and abetting the violent revolutionaries of color to destroy White Christian America, but at the same time making sure that those same revolutionaries understand that rich and powerful Jews are “one of them” and not “actually White”.

That game will not end well for them. 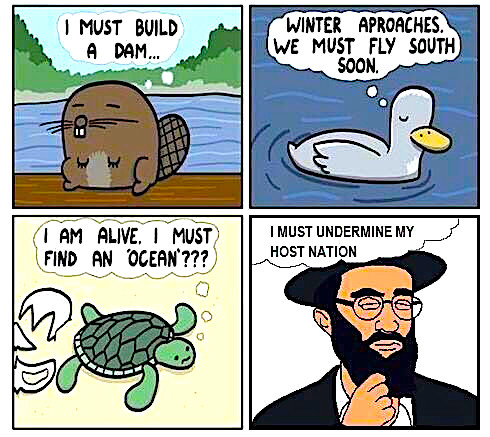