Algeria Sends 13,000 Fake African Migrants into the Sahara to Get Rid of Them 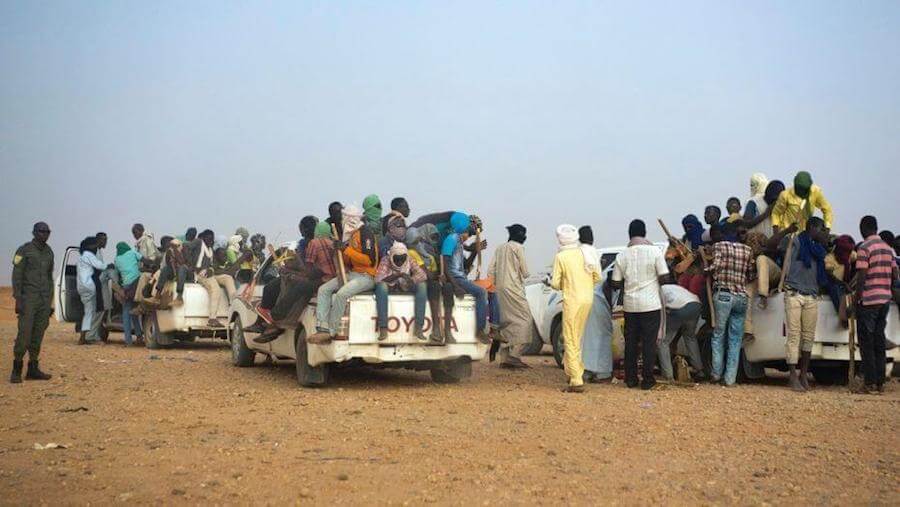 It appears Algeria has discovered a way to deal with unwanted migrants that’s not going over too well with the politically correct crowd:

A UN migration official has accused Algeria of leaving hundreds of African migrants stranded in the desert. A report said migrants from 16 African countries are among those ditched in the Sahara with little water.

A rescue official in neighboring Niger said on Sunday that nearly 600 African migrants in Algeria were abandoned in the desert with hardly any food or water before being rescued.

This comes after a report from a UN migration official who said on Saturday that Algeria’s government has resumed expelling migrants into the Sahara Desert. Recently they left 391 people in some of the world’s most hostile terrain in the middle of summer when temperatures can reach over 40 degrees Celsius (104 Fahrenheit).

According to a tweet from Giuseppe Loprete, the head of the UN’s International Organization for Migration (IOM) in Niger, migrants from 16 different countries were abandoned at the border with Niger.

Last month, the Associated Press reported that Algeria has left more than 13,000 migrants in the desert of Niger and Mali since May 2017, forcing them to walk or die in the searing heat.

After the AP report came out, the expulsions appeared to have been suspended. IOM in Mali said the normally secretive Algerian government seemed to be trying to make an effort to communicate the movement of the migrants.

An aid worker with contacts inside Algeria told AP the government was rounding up migrants and putting them in detention centers. IOM has been forced to find the migrants as they stumble through the desert, and many said some of their companions died along the way.

Algeria is a major launching point for Africans trying to sneak into Europe. If Africa had a sewer pipe dumping its unwanted refuse into the Mediterranean, Algeria would be where it is located.

Algeria knows how to deal with Black Africans–show them no sympathy and send them packing into the middle of the Sahara. This is a clear and unequivocal message that even Africans can understand.

In reality, this is exactly how Africans expect to be treated, so it’s really no surprise to them. They are surprised when anyone shows them kindness, which they see as weakness.

Africans will continue to flood northern Africa until those countries use overwhelming force to kick them out, and it’s only at that point that this flow of migrants heading to Europe will stop.

Perhaps this action by Algeria will inspire some European countries to reconsider their suicidal immigration policy–if it’s okay for Algeria, it’s okay for everyone to treat aggressive, invading Africans this way.