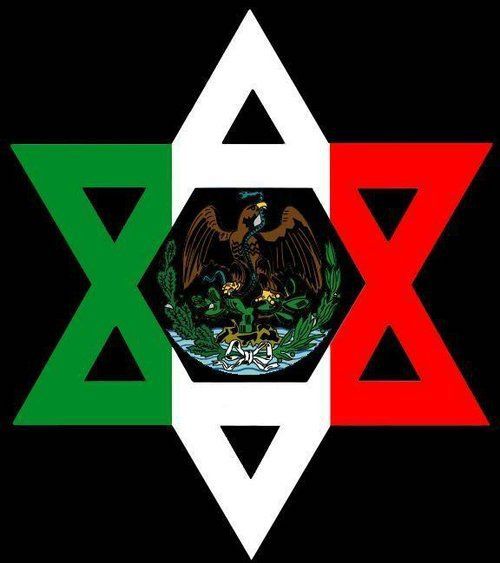 Increasing numbers of Hispanic Americans along the US-Mexico border are coming out of the shadows to declare themselves descendants of Conversos, or crypto-Jews, who fled the Spanish Inquisition five centuries ago:

Blanca Carrasco, 52, an administrator at the University of Texas at El Paso, remembers hearing her uncles complain that her great-grandmother “was going to start speaking Ladino again so they wouldn’t understand.” A little girl at the time being raised in a Catholic family near the border, she had no idea what Ladino was, or that it was connected to Judaism.

…Another El Pasoan, Yolanda Chavarria-Radcliffe, a 52-year old designer, said she heard her parents and grandparents say a few times, “We were once Jews.”

“It never really meant much to me when I was a little girl,” she said in a recent interview. “But as time went on, I was never satisfied with Catholicism or Christianity. Then, when I learned about the history of crypto-Jews, I began investigating my family ancestry and discovered that Chavarria and other family names stretching back centuries — Juarez, Orrantia, Aguirre, Enriquez — are well-known Converso names.”

The same was true for Carrasco. “It turns out my surname was very popular in Converso circles. And so were the names of other ancestors — Espinoza, Perez, and Enriquez.”

…Today, descendants of Jews who were expelled from Spain have tangible incentive to examine the roots of their family trees: Citizenship is now being offered in Spain and Portugal for those who fit the countries’ legal criteria — for a limited time only.

According to scholars, crypto-Jews converted to Catholicism under threat of death during the Spanish Inquisition, but secretly remained practicing Jews. To escape suspicion and persecution at home, they disproportionately settled in far-flung parts of the Spanish empire such as the Caribbean and Mexico. By the 16th and 17th century, many of these so-called “Conversos” had migrated into the Rio Grande valley, all the way up through modern-day New Mexico.
Back to Spain?

Five hours north of El Paso, through the New Mexican desert, is Albuquerque, home to Dr. Sarah Koplik, director of community outreach at the Jewish Federation of New Mexico.

Koplik oversees a program that looks at genealogies to determine whether someone has Sephardi heritage. Those with Converso roots can obtain a certificate from Koplik that can be used to apply for Spanish citizenship under a 2015 program by Spain’s government offering citizenship to anybody with a Sephardi background and language proficiency in an effort to atone for the sins of its past.

“Applicants can be from anywhere in the world and must show some evidence of Sephardi roots,” she says. “We issue certificates authenticating Sephardi heritage by investigating surnames and family backgrounds. They can then take these documents to Spain and pass an exam to become Spanish citizens.” (Portugal does not require language proficiency.)

“We’ve documented that about one-quarter of the 80 initial settler families in New Mexico were Conversos. Based on genealogy and excellent record keeping, we know that 30 to 40 percent of the one million New Mexican Hispanics today have at least once crypto-Jewish ancestor,” she says.

Koplik herself applied for Spanish citizenship as she has Sephardi ancestry on her father’s side. Like many of the Hispanic Americans she’s met, she views it as an “insurance policy against the rising tide of anti-Semitism and nationalism and xenophobia in the US.”

“I was thinking about applying before the election, but wasn’t sure. I started studying Spanish and then, when the election came, I really went for it. I just don’t have the same confidence that the US is going to be as safe as I had before the election,” Koplik says, stressing that this is just her personal opinion and in no way represents the views of the Jewish Federation of New Mexico.

Based on the high percentage of converso Jews there were among the earliest of the Spanish settlers, it is virtually guaranteed that all mestizos have some jewish genetic admixture.  And there should be little doubt at this point that this is a significant factor behind why Jews in America are so supportive of unrestricted immigration coming from Latin America.  And it also provides a way of flooding Spain with more Jews, a win-win situation all around.

And of course, this generous offer from Spain will allow Jews from around the world to add yet another passport to their growing pile.  As Koplik freely admits, Jews want their Spanish passports just in case there’s a Holocaust in America and Jews here have to get out of Dodge in a hurry.  Maybe, just maybe, if Jews in America weren’t treacherously flooding our country with crypto Jews from Mexico, they wouldn’t have to worry about there being any future pogroms.