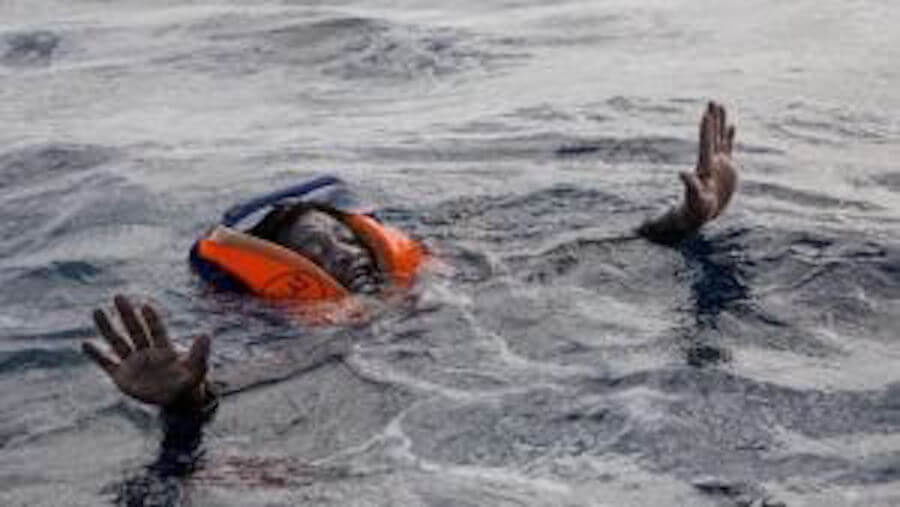 When Blacks who can’t swim or sail boats die as they attempt to cross the dangerous Mediterranean in order to illegally enter Europe, somehow it’s the fault of the Europeans, according to a new report from the radicals at Amnesty International:

EU policies, particularly those of Italy and Malta, are to blame for the deaths of 721 people at sea in June and July, Amnesty International has claimed.

In a damning report released on Wednesday, the human rights group said European agreements with Libya as well as hostility in Rome and Valletta towards migrant rescue ships were having a devastating impact.

“Despite a reduction in the number of people crossing the Mediterranean in recent months, the number of deaths at sea has risen,” said Matteo de Bellis, a researcher for Amnesty.

“European policies have helped the Libyan coastguard to intercept people at sea, lowering the priorities of rescue operations and hindering vital rescue work carried out by NGOs. The recent increase in the number of deaths is not only a tragedy, but a shame.”

The agency said 1,111 people were reported dead or missing in the central Mediterranean between January and June.

About 560 were reported dead or missing in June, the same month Italy’s populist coalition government came to power with a pledge to crack down on sea crossings, and 157 in July.

The first major anti-migrant move by Matteo Salvini, the interior minister and leader of the far-right League, was to block the arrival of the Aquarius rescue ship, which had more than 600 people onboard, prompting an international outcry and forcing it to divert to Spain.

The vessel, which had been on its way to Sicily, was caught in a standoff between Italy and Malta after both countries refused to allow it to dock.

Amnesty’s figures come from the International Organisation for Migration, an intergovernmental group associated with the UN, and the Italian Institute for Political Studies.

Amnesty said the recent surge in deaths along the perilous route between Libya and southern Europe “cannot be dismissed as an inescapable misfortune”.

These drownings are Italy’s fault because they don’t want their country destroyed by illegal African immigration–and if it weren’t for the cold-hearted right-wing racists, these innocent Africans wouldn’t be drowning.

Why isn’t Amnesty International concerned with the rights in these Africans in their own home countries?  The answer is simple–Africans don’t care about “human rights” unless there are White people to blame and shake down for money.  Perhaps they should demand that Africans learn how to swim as a basic “human right”.