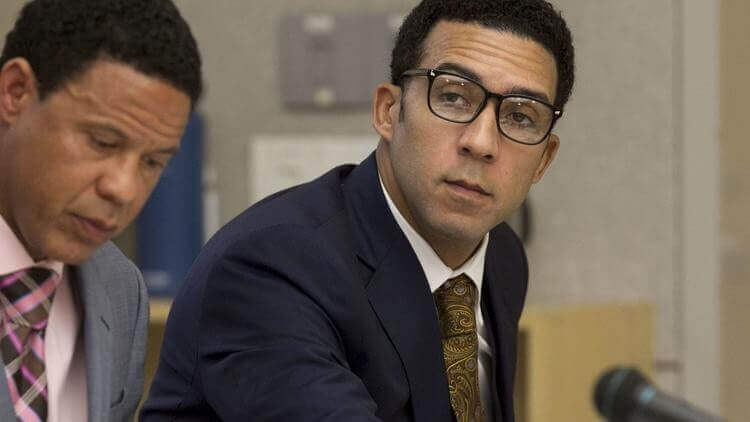 “A Vista judge on Thursday ordered former NFL player Kellen Winslow II — the namesake son of the Chargers legend — to stand trial on charges of raping two women earlier this year, after picking them up on Encinitas streets.

The decision to send Winslow II to trial on those and other charges came the same day as prosecutors filed a second case, this one accusing Winslow II of raping an unconscious 17-year-old girl in 2003.

Winslow II pleaded not guilty to the new charges Thursday, after testimony wrapped up in a preliminary hearing regarding the recent rape accusations.

At the end of the hearing, which started Wednesday, Superior Court Judge Harry Elias found enough evidence to order the 34-year-old to face trial on six felony kidnapping and sexual assault charges, as well as one misdemeanor count of indecent exposure and two misdemeanor counts of trespassing.”

Winslow Jr. grew up in extreme privilege as his father, an NFL Hall of Famer, made millions playing the game. And then Winslow Jr. himself made millions playing football. And yet this “Black privilege” did not deter Winslow from eventually committing these egregious crimes against women–and society. Very few White people ever grow up with this kind of wealth, and we are supposedly the “privileged” ones. Maybe growing up with economic hardships isn’t the cause of Black criminality after all.