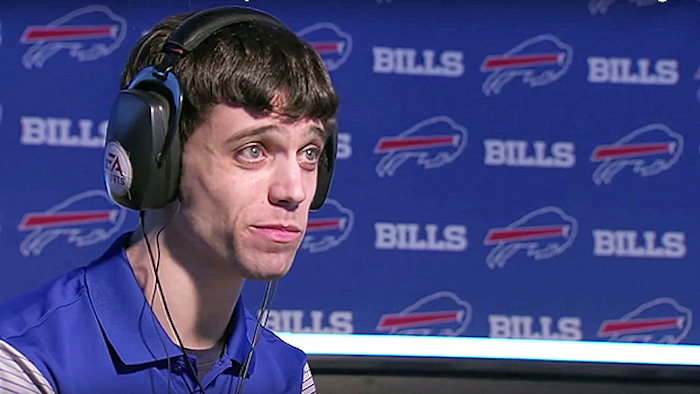 On the heels of the mass shooting at Florida’s Parkland High School where jewish student, Nicholas Cruz, killed 17, another Jew, David Katz, allegedly distraught over losing a video game, has gone on a shooting spree in Jacksonville killing at least 5 people:

David Katz has reportedly been identified as the gunman who opened fire during a Madden NFL 19 video game tournament in Jacksonville, leaving four dead, including the suspect.

Rick Levanthal of Fox News reported that sources named David Katz was the Jacksonville shooting suspect. Police had not yet officially confirmed the suspect’s identity in the hours after the shooting.

The shooting took place at a video game tournament for Madden NFL 19 at The Jacksonville Landing, a popular entertainment complex in the Florida city. The event was being held inside the complex at the GLHF Game Bar in Chicago Pizza. The Jacksonville Sheriff’s Department confirmed that suspect identified as David Katz was dead at the scene, and they initially searched whether there were any other shooters before reporting that the suspect had acted alone. He reportedly took his own life.

The Los Angeles Times reported that the suspect was competing in the Madden NFL 19 tournament and had lost a match.

“The shooter was a gamer who was competing in the tournament and lost, according to Steven ‘Steveyj’ Javaruski, one of the competitors,” the report noted. “The shooter ‘targeted a few people; and shot at least five victims before killing himself, Javaruski told The Times in a direct message on Twitter.”

Javaruski said that he saw the suspect kill two or three people. Eyewitnesses at the tournament reported on Twitter that David Katz had just lost a match before the shooting begun.

In the wake of recent mass shootings, liberal Jews have been pushing for more “mental health” screenings for gun ownership, and perhaps this is a good idea since Jews have a much higher rate of mental illness than the general White population.

It is surely no coincidence that these two recent mass shootings were undertaken by unstable jewish young men.

Of course, the jewish media always identifies these jewish shooters as White, and Whites inevitably are blamed for this gun violence, but the reality is that most mass shootings are perpetrated by non-Whites, and it will be their violent acts which will ultimately lead to gun rights being curtailed for White law-abiding citizens.