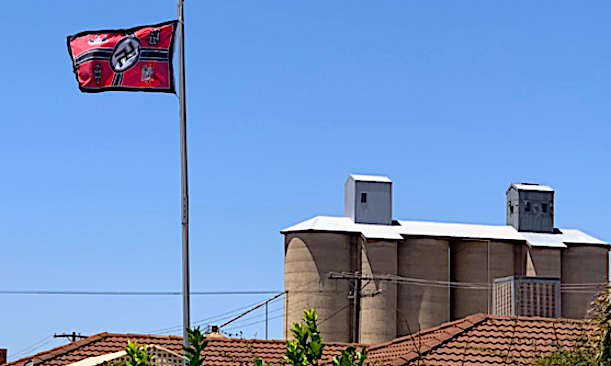 An Australian woman has taken down a perfectly legal Nazi flag she was flying over her home in a small Australian farming town, following an international effort by neighbors, local police, a Jewish member of Parliament, and international jewish advocacy groups:

Cheryl Lawdron told reporters that she had German ancestry and had the right to fly the flag featuring a large swastika and other Nazi symbols on her property in the country town of Beulah.

Victorian state lawmaker David Southwick of the Liberal Party contacted the municipal council, local police and residents to assist in coordinating efforts to have the flag removed.

The incident drew condemnation from the local community. The flag was removed late on Tuesday evening.

“Once again, this incident demonstrates the rising wave of anti-Semitism and racial hatred in Victoria and highlights the need for greater State Government action to crack down on incidents such as these in the future,” Southwick, who is Jewish, said in a statement.

He told the Jewish Telegraphic Agency that “a Nazi flag displayed in a small fruit farming country town that has people from different multicultural backgrounds, including Jewish and Muslim, shows that nobody is safe from this hate.”

Southwick called on the premier of Victoria, Daniel Andrews, to “introduce stronger laws to stamp out the public display of the swastika in Victoria.”

No one is safe from the Big Jewish Eye In The Sky that is monitoring the goyim 24/7, and when anyone expresses their freedom of expression and conscience that “threatens” hegemonic jewish power, they will be ruthlessly stamped out, even in a remote rural town in Australia.

Of course, this begs the ‘racist’ question: why are there Jews and Muslims in a remote rural farming town in Australia?

But if you think this is just about Nazi flags, you are incredibly naive.  Many schools in Sweden have already banned students from wearing clothing displaying the Swedish national flag because it makes non-White migrants feel uncomfortable.

The American flag is also very quickly becoming a symbol of ‘White supremacy’ in America.

The only flag that is acceptable to everyone, no matter where they are in the world, is the Israeli flag.  And the international symbol of fraternity, equality, and liberty is the Star of David.  All other symbols must be abolished before another Holocaust rears its ugly head. 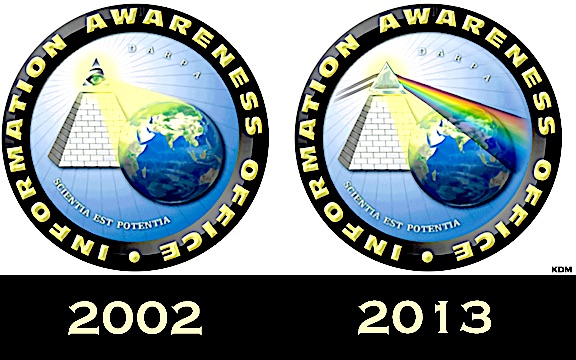