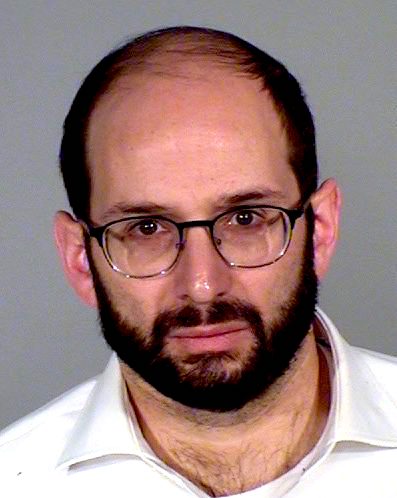 Judging from the light sentences received by Jews for pedophilia-related criminal offenses, such as Minnesota Rabbi Aryeh Cohen, one might be tempted to think that child sex predators have some very powerful friends protecting them:

A former rabbi at a Jewish learning center in Minneapolis won’t serve jail time for making arrangements online with someone he thought was a child for sex.

The St. Louis Park man also was placed on probation for three years, ordered to serve 150 hours of community service, undergo mental health counseling and register as a sex offender.

Cohen was working as a rabbi and director of youth outreach for the Minneapolis Community Kollel when he was arrested last winter as part of a metro-area law enforcement sting aimed at combating online solicitation of sex with children. The operation was carried out in advance of Super Bowl LII, which was being held in Minneapolis on Feb. 4.

His sentencing came about two months after Cohen pleaded guilty to one count of engaging in electronic communication relating or describing sexual conduct with a child after reaching a plea deal with the state.

A previous count related to the online solicitation of a child for sex was dropped.

Dozens were arrested in the operation, which involved law enforcement officers posing as underage girls or boys seeking cases on social media sites, including Craigslist, Plenty of Fish and Grindr, legal documents say.

Cohen was among those who responded to an ad and subsequently struck up a sexual conversation with an undercover agent, eventually texting the agent a picture of his genitalia, charges say. He was arrested when he allegedly arrived to meet an undercover agent in North St. Paul on Feb. 1.

But if you are going to be a pedophile, it certainly helps being jewish, as Israel has a virtual open-door policy for Jews anywhere in the world looking to escape arrest and punishment for “inter-generational affection” crimes.  But if you do happen to have to spend some time in an Israeli prison on sex crime charges, chances are you’re going to get early release.  And perhaps it’s best that Jews receive lighter sentences than everyone else; after all, if the public ever found out just how rampant pedophilia is in the jewish community, it might create an “unfair” rise in “antisemitism”, and that must be avoided at all costs, even if its the safety of our children.