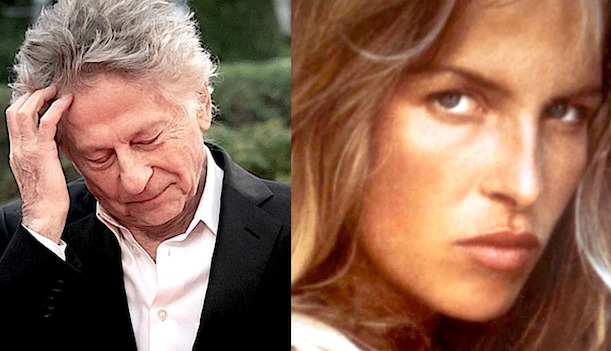 Jewish director and convicted rapist and pedophile, Roman Polanski may sue the French newspaper that published new accusations made by another woman who claims he drugged and violently raped her when she was a teenager in the 1970s:

France’s author and director guild could meet soon on whether to exclude the French-Polish Jewish star, its vice president told Le Parisien newspaper, which published the allegations Friday.

Valentine Monnier, a photographer and former actress, recounted an “extremely violent” assault and rape by Polanski at his chalet in the Swiss ski resort of Gstaad in 1975, when she was 18.

Monnier said he tried to make her swallow a pill during the attack, and later made a tearful apology while demanding a promise that she never tell anyone.

“I thought I was going to die,” she said in an open letter published by Le Parisien, which also interviewed her and said it had contacted witnesses who confirmed the account.

Monnier is the first Frenchwoman to level charges of sexual assault against Polanski, whose new film, “An Officer and a Spy,” comes out in France under the title “J’accuse” on Wednesday.

“Mr Polanski disputes in the strongest terms this rape accusation,” his lawyer Herve Temime told AFP in a statement.

“We are working on the legal action to bring against this publication,” he added.

Monnier’s claims have rocked a French film industry already reeling after a top actress last week accused the director of her first film of sexually harassing her when she was 12.

Adele Haenel, whose account has garnered an outpouring of support, on Saturday urged others to speak out in support of Monnier and “take notice of her story.”

In 1973, he was convicted of drugging and anally raping a 13 year old child but never went to jail because he escaped to Europe where the jewish elite not only blocked all attempts at having him extradited back to the U.S., but they also continued to finance his movies and shower him with numerous awards.

Despite the consistency of the accusations against Polanski, including his obvious preference for drugging girls before he rapes them, we shouldn’t be surprised when he starts accusing his accusers of ‘antisemitism’.  And this tactic is often successful because we’ve been conditioned through relentless Holocaust propaganda to believe that ‘antisemitism’ is a far worse crime than drugging and raping children.