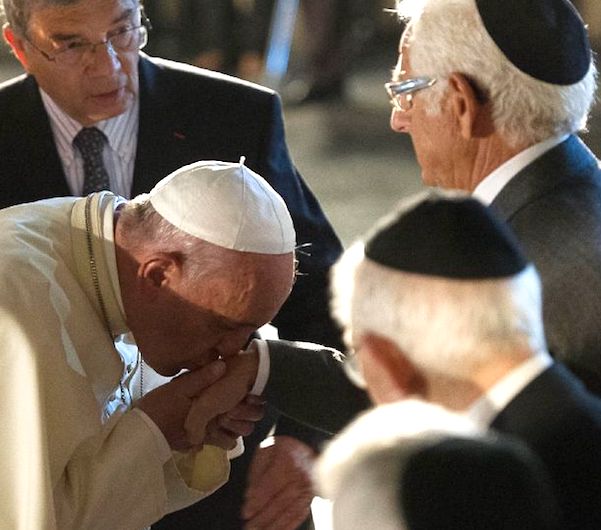 The Vatican itself has come down firmly on the side of the anti-Israel Boycott, Divestment and Sanctions (BDS) movement as Pope Francis has approved investing Church funds in Israeli start-ups:

A representative of the Vatican’s investment fund, Dickson Doll, spoke earlier this month at the Axis Tel Aviv investors’ conference, and discussed investment opportunities with a number of Israeli companies.

Doll was one of the main speakers at the conference, which invested many investors from around the world who are interested in partnering with Israeli technology firms.

Among the local start-ups approached by the Vatican was Air Doctor Ltd., which has developed an online platform enabling users to access professional medical assistance wherever they might be traveling. Also on the list were FruitSpec, which helps farmers to accurately predict crop yields, and EyeControl, which has developed a system to enable people suffering from ALS and other debilitative conditions to communicate with loved ones.

On face value, this seems like it could be a serious conflict of interest at the very least — an apparent “Christian” organization investing in a country populated by people who have been anti-Christ for the last 2,000 years.  If the Church were to become beholden to the Jews financially, then the Jews would have the power to start dictating to The Church what its policies and doctrines will be vis a vis The Jews and any other groups.  And this is exactly what we have seen as each successive Pope becomes more and more liberal.

But the reality is that the Rothschilds were given control of the finances of The Vatican back in the 19th century.  This fact was briefly mentioned in one of the first biographies of the Rothschilds titled 5 Men of Frankfurt: The Story of the Rothschilds.  This should surprise no one, as all the richest families in Europe were investing their fortunes with Rothschild.  But this investment gave them leverage over The Church, a leverage that culminated in the subversion of Vatican II when Zionist agents such as Malachi Martin steered the Vatican away from officially blaming the Jews for the murder of Christ.