Antisemites Not Blamed for Jewish Teen’s Suicide in Manchester U.K. 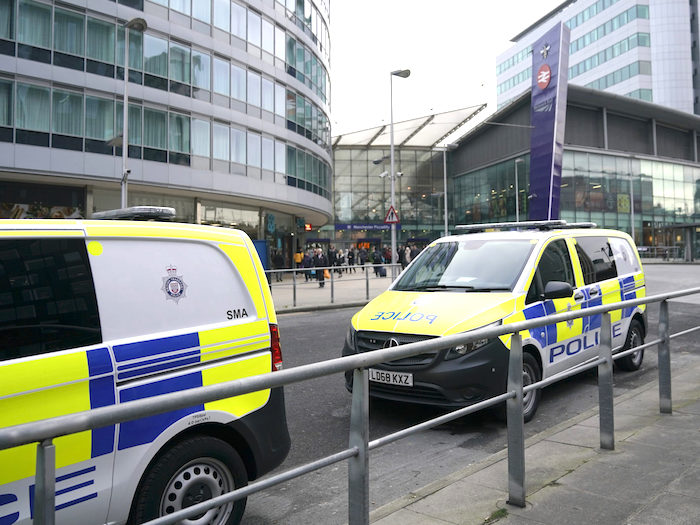 Despite the alarming rise of antisemitism in England, police have ruled out any foul play that would implicate antisemites in the death of Sarah Goldman, a 16 year old who apparently hanged herself in an abandoned building:

The death of a Jewish day school student whose body was found in an abandoned building in Manchester, England, is no longer being treated as a murder.

Sarah Goldman, 16, was discovered by a family member in the building near her home shortly after she was reported missing. Her death was caused by hanging, the Manchester Evening News reported.

A 41-year-old man had been arrested on suspicion of murder and was later released. Greater Manchester Police said that no further action will be taken against him.

“The death of a 16-year-old girl in Kersal, Salford, is no longer being treated as suspicious,” the police said in a statement. The police said a file on the death will be passed to the coroner.

Goldman, who attended Yavneh Girls at Manchester’s King David High School, told her family that she was going to use her Orthodox school’s gym early Monday morning, around 5 a.m., the Manchester Evening News reported.

The girl was reported missing to police at 9:25 a.m. that day, and her body was found by a family member about 20 minutes later.

The Jewish school said in a statement that students were being offered support in the wake of the death. It said that “Sarah was a lovely, bright, intelligent and well-mannered pupil and she will be hugely missed by everyone at school.”

When a Jew dies anywhere in the world, police are trained to initially treat it as a potential murder at the hands of a Jew-hating antisemite.  And that’s what initially happened here — a teenager was found hanged, which is not uncommon in England, but when the dead girl was discovered to be a Jew, the international media was alerted, and the death became “suspicious” for vague reasons which the police did not disclose.

But again, here we have a routine teenage suicide that is turned into a potential “hate crime” merely because the corpse is jewish.  This is all the more bizarre considering that suicide, depression, and mental illness in general is far more common among Jews than the general public.  Given that fact, when a Jew is found dead in what looks like a typical suicide scenario, foul play is highly unlikely compared to the general public, but don’t let the facts get in the way of an opportunity to ratchet up the fear factor in Jews worldwide.