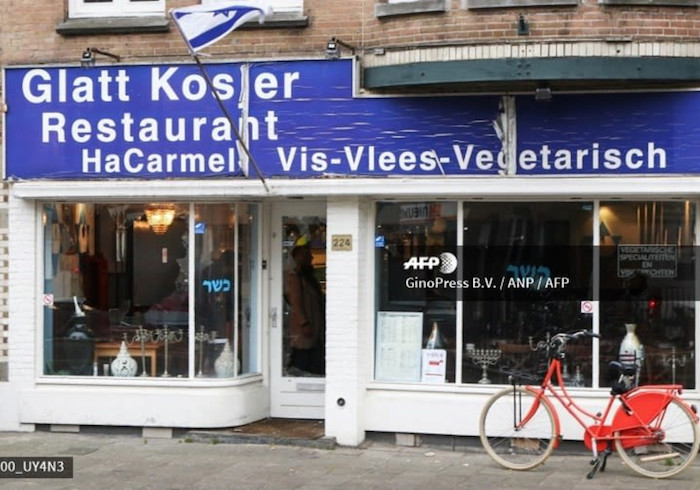 An illegal kosher meat shop in Malmo, Sweden has been shut down by government health inspectors because it was in clear violation of food safety laws:

The health department in Malmo has shut down the Swedish city’s only supply of kosher meat, citing food sanitation reasons.

Inspectors this week raided the ICA Kvantum Malmborgs Limhamn shop, which for the past 20 years has sold frozen kosher meat per an agreement with the leaders of Malmo’s Jewish community of about 800 people, the Sydsvenskan daily reported Tuesday.

The reason given, according to Ilana Edner, a prominent member of the community, was that the Jewish community is not licensed to import food products. The inspectors cleaned out the small kosher department at ICA Kvantum and confiscated the products.

Sweden is one of only five countries where the slaughter of animals without prior stunning – a requirement for producing kosher and halal meat – is illegal. Since 2013, Sweden has also seen attempts to outlaw the import of kosher meat.

Some Swedish opponents of slaughter without stunning say it’s cruel, while others, often opponents of Muslim immigration, decry it as a custom that is foreign to Swedish traditions.

Malmo, where a third of some 350,000 residents are immigrants from Muslim-majority countries, has a disproportionately high prevalence of anti-Semitic attacks. Its anti-Semitism problem, which began in the early 2000s, has led hundreds of Jews to leave the city. Financial and employment considerations have also contributed to this trend.

Until the mid-1980s, the Jewish community sold meat products directly in a kosher shop it had in the city’s center. Amid downsizing, however, the shop was closed and the arrangement with ICA Kvantum reached.

So when Sweden makes kosher meat illegal to produce and sell in Sweden, the Jews start illegally importing frozen kosher slaughtered meat without a license.  When the government shuts this illegal operation down, the Jews cry “antisemitism”, as if laws against cruelty to animals are merely a smoke screen for hating Jews.  Swedes don’t hate cruelty to animals — they really hate Jews, and this is proof.

Note to Jews: Swedes hate anyone who refuses to play by the rules.

If the EU started enforcing laws against animal cruelty — and shut down all sales of kosher meats — they could persuade many Jews to move to Israel.  If they outlawed non-medically-licensed circumcision, they could force out the rest of them.  Both of these laws are already indirectly on the books, and they just require some political will to enforce them.