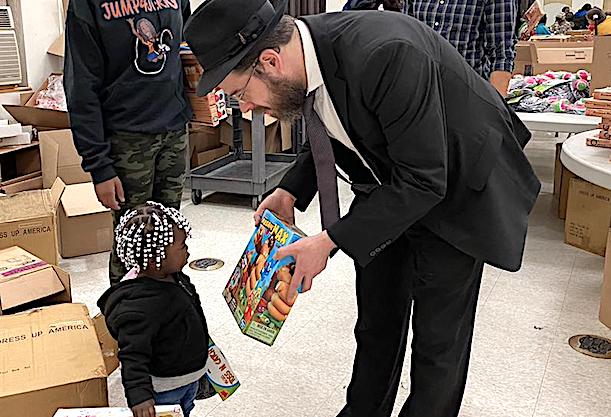 There were fewer anti-Semitic hate crimes in New York City in January than in the same month last year, according to a preliminary set of statistics published Tuesday by the New York Police Department.

…The period between January 1 and February 2 saw 21 hate crimes directed at Jews [while] the same period last year had 25 anti-Semitic hate crimes.

“These are not great trends,” said Evan Bernstein, vice president of the Northeast Division of the Anti-Defamation League. “It’s great that there’s less anti-Semitic incidents, but we want the percentage to also go down of the overall number of hate crimes, and I think there’s a lot of work that needs to be done.”

According to Mitchell Silber, UJA-Federation of New York’s top security official, nearly two-thirds of the anti-Semitic incidents in New York are committed by young people.

In a statement accompanying the January data, Mayor Bill de Blasio said that the NYPD has assigned certain officers to address crimes committed by youth and help young people avoid interacting with the criminal justice system.

Jews obsessively monitor these statistics and try to make sense out of them, and pretend that there are meaningful ‘trends’, but the way they cook the books and define antisemitism, they can make the statistics say whatever suits their political agenda at the moment.

Of course, in the wake of the last few ‘major’ attacks on Jews, the Jews did make a concerted effort to make nice with the Blacks, like giving them Christmas gifts and gift cards.

And perhaps the flow chart the Jews created to show Blacks when it was okay — and not okay — to attack Jews has been effective.

Or even more likely, perhaps threatening to send any Black who even slaps a Jew to Federal prison for several years on trumped up ‘hate crimes’ did the trick.

But realistically, since it is official jewish dogma that their behavior has nothing to do with antisemitism ever, it’s more likely this drop in antisemitism last month is pure coincidence.