Antisemitism Increases in Sweden When Israel Slaughters Palestinians in Gaza 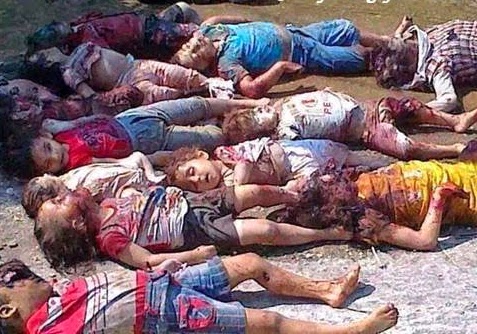 (The Local.se)  According to Henrik Bachner, a jewish “historian of ideas” and “leading researcher” on “antisemitism” in Sweden, when the Israelis ruthlessly murder Palestinian women and children for protesting the theft of their land, the normally well-behaved Swedes become rabid antisemites for no reason:

In December 2017 Swedish Prime Minister Stefan Löfven admitted that “we have a problem in Swedish society with anti-Semitism,” following an arson attack on a synagogue in Gothenburg and anti-Semitic chants at a demonstration in Malmö earlier that month.

“We need to be really clear that such anti-Semitism and hatred of Jews has no place in our society. This shouldn’t have any place,” the prime minister reiterated. The concession marked a turning point – the clearest acknowledgment from a Swedish leader that anti-Semitism is a problem in the country.

In the decade prior, concerns had increasingly been raised about anti-Jewish sentiment in the Nordic nation. Perhaps most notably, in December 2010 the US-based Simon Wiesenthal Center issued a warning urging Jews to exercise “extreme caution” when travelling to southern Sweden, one it has yet to lift.

“Anti-Semitism is a problem in Swedish society. It is not a new problem, but it has become clearer during recent decades. Anti-Jewish ideas have been given greater circulation through social media, we see a more aggressive anti-Semitism in the extreme right and Islamist fields, we see problems with anti-Jewish attitudes among certain immigrant groups, and we have seen a reinforced anti-Semitic current in connection with the Israeli-Palestinian conflict worsening, like for example during the 2008-09 Gaza War and 2014 conflict,” he tells The Local.

“We don’t know how many hate crimes towards Jewish targets have been committed, but the number of registered hate crimes with an anti-Semitic motive is at a somewhat higher level than it was 10-15 years ago.”

According to the most-recent figures from Sweden’s National Council for Crime Prevention (Brå), an average of 228 anti-Semitic hate crimes are reported per year in the country. Compared to other hate crimes which show either a sharp fall or increase, the figure has remained at a relatively steady level in the past decade, but has a tendency to peak following heightened turmoil in Israel, like in 2015 when there were 277 reported instances compared to 182 the following year in 2016. The most common places where anti-Semitic hate crimes are reported to have occurred are public places (24 percent) followed by online (20 percent).

It should be noted that data on anti-Semitism in Sweden is – as several of the experts The Local spoke to acknowledged – frustratingly limited. The available attitude surveys in the field are now several years old, and even Brå’s statistics on reported hate crimes only provide an image of reported crimes, rather than actual confirmed instances of hate crimes or incidents that go unreported. The last available data on the number of anti-Semitic hate crime reports processed by the Swedish police comes from those registered in 2015, where as of May 2017 more than half (58 percent) of the reports had been closed down after an investigation.

According to Brå, of hate crimes reported in 2016, three percent were considered to have anti-Semitic motives, five percent Christianophobic, seven percent Islamophobic, nine percent targeted sexual orientation, and 72 percent had xenophobic or racist motives. But Jewish representatives speak of increased reports within Sweden’s Jewish community of anti-Semitism, arguing that the statistics do not tell the whole story.

To improve the understanding, the Swedish government recently tasked Brå with carrying out a deeper study on anti-Semitic hate crimes in the country in order to strengthen preventative work, but the results will not be ready until June 2019. When announcing the commissioning of the study, Sweden’s Culture and Democracy Minister Alice Bah Kuhnke called anti-Semitism “an embarrassment for our society.”

So in other words, there are more hate crimes against Christians in Sweden than against Jews, but everybody is concerned about antisemitism because of Jewish Privilege™.

And whatever small amount of antisemitism there is in Sweden is committed by Muslims and liberal Swedes who object to the Israeli genocide against the Palestinians in Gaza.

Why isn’t anyone concerned that Christians are being targeted by Muslims?  The answer is self-evident — it is ideologically impossible to “discriminate” or “express hate” for White Christians against whom all criticism and violence is justified.

If Jews in Sweden want to feel safer, perhaps they should protest the ongoing slaughter of Palestinians in Gaza and use whatever power they have to let the Leftists in Sweden know that Jews are against this senseless genocide.

Also, Jews can reduce “hate crimes” against themselves if they stop encouraging and abetting the Muslim invasion of Sweden.

These Muslims generally don’t like Jews because they’ve been slaughtering their cousins in Gaza for the last 70 years.

Perhaps if Jews changed their behavior, those who “hate” them might cease with their “antisemitism” — but we won’t hold our breath waiting for this to happen.