Apocalypse Now: Birth of Red Heifer in Israel Signals End of the World 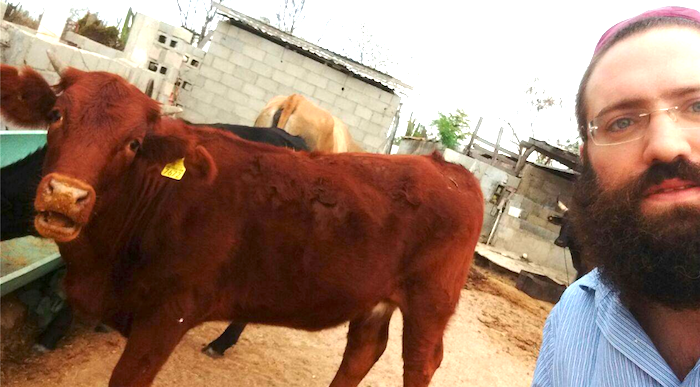 A group of messianic Jews in Israel have announced the birth of a much-anticipated red heifer, which they believe is a divine sign that the so-called Third Temple will be built and the world will come to an end:

A Jewish group says an apparently completely red heifer has been born – the first in 2,000 years – thus fulfilling a biblical prophecy that signals the coming of the Messiah, which Christians believe will end with an apocalypse.

The birth of the potential cow of prophecy was announced by the Temple Institute, a group which says it is “dedicated to every aspect of the Holy Temple of Jerusalem.” “On the 17th day of Elul, 5778, [August 28, 2018], a red heifer was born in the land of Israel,” the group wrote on its Facebook page.

References to red heifers are present in both the Christian and Jewish traditions. The calf has reportedly been examined by rabbinical experts but will continue to be studied every few months to determine its legitimacy as the red heifer of Biblical prophecy.

The Temple Institute began its Raise a Red Heifer breeding program back in 2015 with the express goal of producing the heifer of prophecy, which would be required to meet a number of requirements, chief among which being that the calf be entirely red and “without blemish.”

The group imported the frozen embryos of red Angus cows and implanted them in domestic Israeli cows. Red heifers have been born previously, but were disqualified for failing to meet all the prophetic requirements. A calf born in 1999 turned out to be male, and one from 2002 wasn’t entirely red – it had one patch of white hair.

So these jewish red heifers are not naturally-occurring — like a lot of kosher foods, they are genetically-manipulated.  Despite this “omen” being man-made, zionist Christians are going to eagerly eat up this manure, and send even more money to these messianic jewish groups to finance the building of the so-called Third Temple in Jerusalem on the Temple Mount.

One little problem — there’s a big, rather famous and popular Muslim mosque on the Temple Mount, and the Jews are going to somehow remove that mosque if they are going to build their own temple in its place.

So red cows or not, come hell and high water, that mosque has got to go before any “jewish” messiah can return.  Seems like the Israelis have got themselves into quite a little pickle.