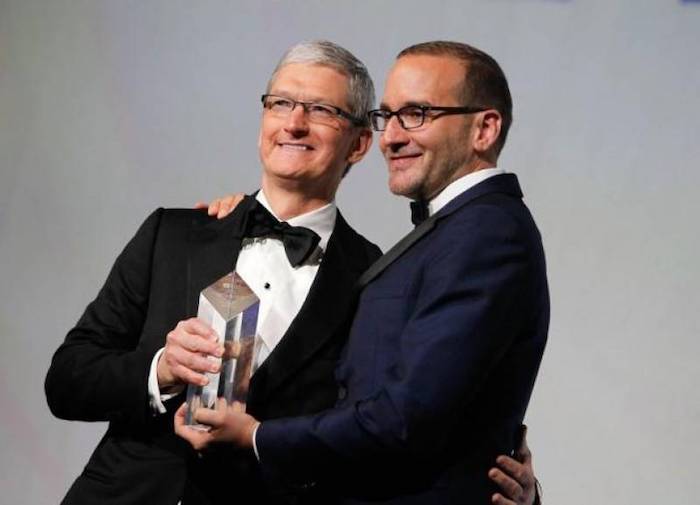 Apple CEO, Tim Cook, said in a recent CNN interview with Christiane Amanpour that being gay “is God’s greatest gift to me”:

While mainstream and gay media are greeting Cook’s statement as breaking news, the Apple CEO made precisely the same declaration exactly four years ago when he penned a ‘coming out’ article for Bloomberg Technology on October 30, 2014, saying:

“So let me be clear: I’m proud to be gay, and I consider being gay among the greatest gifts God has given me.”

Steering away from controversy, Cook avoided answering interviewer Christiane Amanpour’s question about the level of tolerance for gay people in his Silicon Valley-based industry. Amanpour said that Cook was “quite brave,” to come out as a CEO “especially in Silicon Valley,” indicating that the environment in the tech capital dominated by progressivism is perhaps toxic for gays.

“They’re saying, ‘forget what we thought a year ago, now we’re going to say ‘only identified by the sexual organs with which you’re born,’” said Amanpour, as if defining one’s sex by one’s sexual organs were an outlandish, nouveau idea.

Cook retreated to safe ground on both counts, saying simply, “everybody should be treated with dignity and respect.” Cook explained that the reason he first ‘came out,’ was because he began to receive stories from kids who were being bullied for being gay, and not because he is a gay activist.

There was a time in the not too distant past when an openly gay man would have no chance whatsoever of being the CEO and public face of a large corporation like Apple.  No company would want homosexuality associated with their products, and the American public would boycott that company until the homosexual was fired or forced to resign.  If you allow homosexuals into the boardrooms, they will be in your children’s classrooms in very short order.

If homosexuality is a “gift from God,” as Tim Cook alleges, then suicide, drug addiction, and deadly diseases which are common among gays are also gifts from God.  If homosexuality were part of the natural order of our society, the human race would disappear from the face of the earth in a few generations.  Only someone with severe delusions would believe that the ideal divine plan for their life involves sodomy, and someone with that level of delusion is not fit to be running a multi-billion dollar corporation, let alone a lemonade stand.