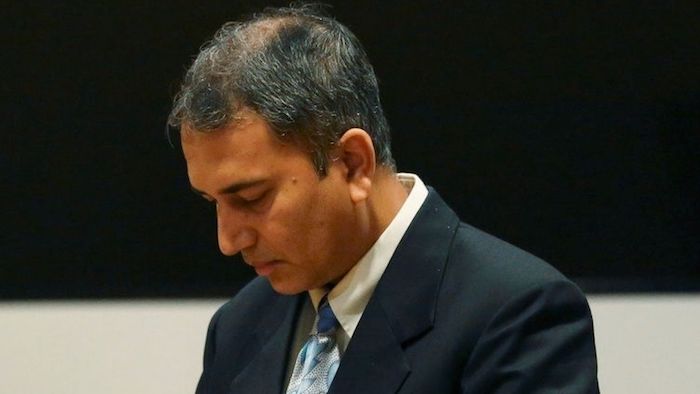 Inexplicably, America has been importing non-White “doctors” from the Third World for the last 50 years–and has been admitting Affirmative Action non-Whites to medical school here–so it should come as no surprise that many of these so-called “doctors” are also violent criminals:

A former Texas doctor who was found guilty on Thursday of raping a heavily sedated patient will not serve time in prison for his crime.

Shafeeq Sheikh, a former physician at Baylor College of Medicine, was sentenced to 10 years of probation on Friday and will have to register as a sex offender. A 12-person jury found him guilty of sexually assaulting a patient five years prior, the Houston Chronicle reported.

The jurors had recommended the sentencing, to which visiting Senior District Judge Terry L. Flenniken was required to follow by law, according to the newspaper.

Sheikh was working the night shift at Houston’s Ben Taub Hospital in 2013 when a woman, previously identified as Laura, was admitted for shortness of breath and wheezing. She was in the hospital overnight and sedated when Sheikh came to her room several times during the night and sexually assaulted her.

…During the trial, the doctor admitted to the sexual contact with the woman, but insisted it was consensual. His lawyers also pleaded with the jury to show some compassion to Sheikh, his wife and children, who also suffered consequences due to the 46-year-old’s actions.

The jury must have been loaded with non-Whites for this outrageous verdict to be reached.  Historically, Texas has had a very effective manner of punishing rapists like Dr. Sheikh, but those good old days are long gone, and Texas now bends over backwards to accommodate Third World hordes.

Now no one bats an eye when our wives, daughters and mothers are raped while unconscious in their hospital beds–it’s a necessary “evil” on the road to our multicultural paradise promised by our benevolent Bolshevik overlords.  No border wall would have kept this rapist out of America–he arrived on an airplane with a diploma in his hand.  No “vetting” of his immigration application would have screened him out.