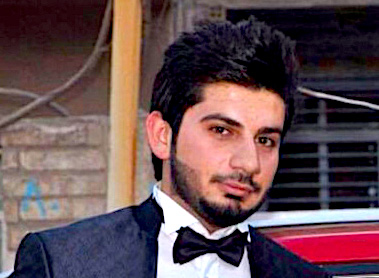 In a case that has triggered international condemnation, the court rejected a request from the prosecution to appeal a three-year jail term for Muslim asylum seeker, Juusuf Muhamed Abbudin, who violently raped a 10-year-old girl when he arrived in Finland:

The man was convicted of aggravated sexual abuse, although the prosecution had sought a harsher sentence on charges of aggravated rape. However, the court left the original verdict unchanged.

The incident took place near the city of Tampere in southern Pirkanmaa region in autumn 2016. The man had sexual intercourse with a girl, who was 10-years old at the time, in the yard of a deserted apartment block. He also exchanged sexually charged messages with her.

Both Pirkanmaa District Court and the Appeal Court in the city of Turku convicted the asylum seeker of aggravated sexual abuse and handed him a three-year prison sentence in 2017. The courts didn’t recognize the incident as rape, saying the girl wasn’t forced into the sexual act or overcome by fear. The judges also ordered the man to pay the child €3,000 ($3,600).

The decision fueled fierce debates across the country. Tuula Tamminen, professor of Child Psychiatry at the University of Tampere, insisted that the child simply couldn’t know what was happening in such a situation.

Back in November 2017, National Coalition Party MP Kari Tolvanen spoke in favor of longer sentences for such offences. “The amendment would introduce harsher sentences for serious sexual offences against children overall. In my view, that is fully justified, for example in light of a child’s vulnerability, even if the act does not meet the threshold for rape,” Tolvanen said.

In March, Finland’s Justice Minister Antti Hakkanen also called for tougher laws for sexual offences committed against minors. “Children should be protected from violence and sexual assault by all available means,” the minister stated. “I asked officials for proposals on toughening the law on sex crimes. I regard these proposals as viable and I intend to advance them.”

What we are seeing develop in Europe is two parallel legal systems: one for native Whites, and another for non-White Third World Migrants who allegedly have no concept of White Christian ethics and morality upon which our civilization is built.  For some reason, the courts have ruled that these recent “immigrants” cannot morally be expected to follow our laws because of their racial privilege.  Their non-White skin color provides them with a “get out of jail free card” which is apparently deemed necessary for this radical social experiment to succeed.

But it’s not just about shoving racial diversity down our collective throats; it’s also about using the tenets of Islam that allow marriage to underage children to decriminalize pedophilia for everyone.  Stories are showing up in the mainstream media on a regular basis that urge people to not “demonize” pedophiles who are “not monsters” but just “normal” people who have a “unique” but valid “desire” for young children who are perfectly capable of “consenting” to sex with an adult.  After all, children are no longer sexually innocent because the (((elite))) makes sure every child is inundated with graphic porn from the age of five now.  Or so they say.