Are Doctors Now Trying To Blame Serious Side Effects From Childhood Vaccines On COVID-19? 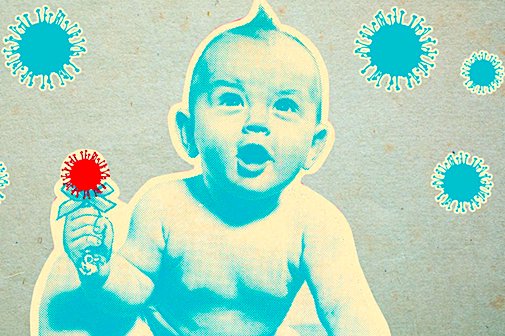 As New York investigates at least 85 cases of a mysterious syndrome in children they are calling PIMS or Pediatric Multisystem Inflammatory Syndrome, possibly linked to COVID-19, the state’s health chief is urging parents to pay close attention to the symptoms of the potentially deadly condition:

New York Health Commissioner and pediatric cardiologist Dr. Howard Zucker said “the most important thing parents should do is err on the side of caution” when it comes to the illness being called “pediatric multisystem inflammatory syndrome.”

“I would tell parents that if your child has any nausea, vomiting, diarrhea, pallor – the color of their face changing, the color of their lips and fingers – if they have any chest pains… they should call their doctor and they need to be evaluated,” Zucker said.

The children had tested positive for COVID-19 or the antibodies but did not show the common symptoms of the virus when they were hospitalized.

COVID-19 typically causes respiratory illness in positive patients while this syndrome presents as an inflammation of blood vessels, and sometimes inflammation of the heart.

The children being studied exhibited symptoms similar to Kawasaki disease – a rare inflammatory condition in children – and toxic shock syndrome.

Three children, a 5-year-old boy in New York City, a 7-year old in Westchester County and a teenager in Suffolk County have died.

It appears the three children did not have underlying conditions, which are often associated with the patients most gravely affected by COVID-19.

Whether the coronavirus causes the mysterious syndrome remains to be proven.

Children elsewhere in the U.S. have also been hospitalized with pediatric multisystem inflammatory syndrome., which has also been seen in Europe.

Dr. Zucker said he has a team of more than 30 people who are working with the CDC to evaluate the cases and are tasked with developing criteria for identifying and responding to the syndrome that will be used by the rest of the country.

Virtually all the children suffering from this allegedly “new syndrome” are of prime vaccination age.

This “new syndrome” is almost identical to Kawasaki Disease, which originally started showing up in the 1960s with the increased vaccination schedule.

Kawasaki Disease has been associated with several vaccines in clinical trials and case reports, including Hepatitis B, Rotavirus, Yellow fever, Pneumococcal conjugate, Influenza, and Group B meningococcal.

This so-called new “Pediatric Multisystem Inflammatory Syndrome” or PIMS is just a fancy-sounding name for general inflammation throughout a child’s body — and inflammation is the number-one most common side effect of vaccination.

And notice that PIMS/Kawasaki is a known side effect of the flu vaccine.

And we know from recent reports that people who get seasonal flu vaccines are more susceptible to COVID-19 lung infections.

So what seems to be happening here is that children are developing Kawasaki Disease from their normal vaccination schedule, which includes a flu shot, which may be making them more susceptible to testing positive for COVID-19 infection.

But because any connection between vaccines and Kawasaki Disease is denied by the CDC and the mainstream medical mafia, the underlying cause of these symptoms remains officially “unknown”.