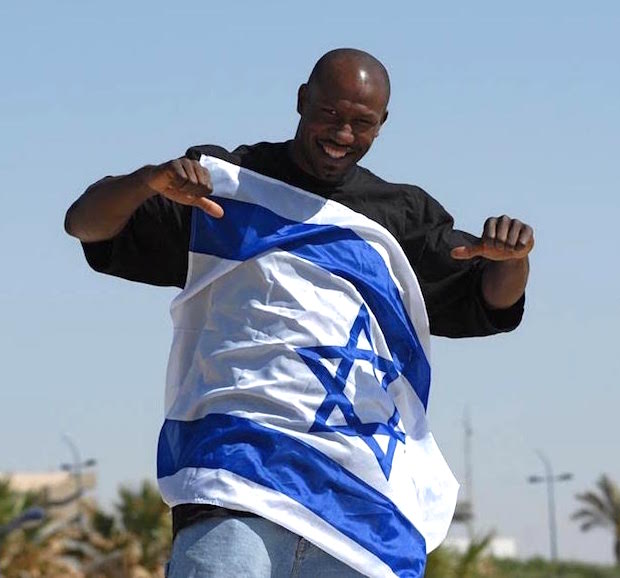 Ido Aharoni, a longtime diplomat for Israel, warned American Jewish groups that they should not talk about Israel when trying to build ties with ‘African-American” organizations:

Because then Israel “is defined by its problem”– its treatment of Palestinians. So, change the subject!

At a New York event last November, Aharoni was asked about “intersectionality” and “black-Palestinian solidarity.” As the US becomes a “browner, more international, more leftwing society”– what is Israel’s strategy? Aharoni, Israel’s former consul-general in New York who is now a professor of international relations at NYU, said:

“I’ll answer this the same way I did when I worked for the Israeli government. It’s not good for Israel to be the defining factor in this conversation. What do I mean by that? The human rights groups that work on ethnic understanding, they should take Israel out of the equation. So if I’m the Anti Defamation League, you know, when Israel is relevant, talk about Israel. But Israel should not be the main thing that you rally around in your conversation with the African-American community, for example. It’s a strategic mistake, and it shouldn’t be that way. And there are many organizations that over the years excelled in establishing ties with the African American community, for example, ADL, the American Jewish Committee, the JCRC [Jewish Community Relations Council]….”

“My advice would be to take Israel out of that equation. And just to develop the ties. You can say, But how can we take Israel out of the equation? Well, the agenda of the American Jewish community with the African-American community should not be centered around Israel. Israel could be part of it. But it should not be the main thing. That’s my point. Because if it’s the main thing, Israel is defined by its problem.”

….The rest of the US population loves Israel or can be won over. He said 22 percent of the American people feel deeply connected to Israel. They are mostly Christian and respond to Israel on cultural/religious, not political grounds. “But they love Israel.”

The so-called Black-Jewish alliance is incredibly fragile and unreliable, as the Jews well know because the “alliance” was entirely of the Jews’ creation.  Jews founded and financed the N.A.A.C.P, and for its first 50 years all its leaders were Jews, not Blacks.  The Civil Rights Movement was financed, organized, and run by radical communist-affiliated Jews, such as Stanley David Levison, on whom the F.B.I. amassed an enormous file.  So closely were the Jews involved with the Civil Rights Movement that it would be impossible to honestly write its history without acknowledging its complete dependence on Jews.

However, in reality Jews and Blacks have very little in common except for a mutual hatred of the White race, and it could be argued that the only reason Blacks hate Whites is that the Jews have fomented this racial animosity among Blacks with relentless anti-White propaganda directed at Blacks from the cradle to the grave using their media and public education machines, always careful to leave out how its was actually the Jews not Whites who dominated the slave trade in America.  And Jews know that Blacks will naturally feel sympathy for the Palestinian cause, which is why Aharoni is telling Jews to simply avoid the subject with Blacks.