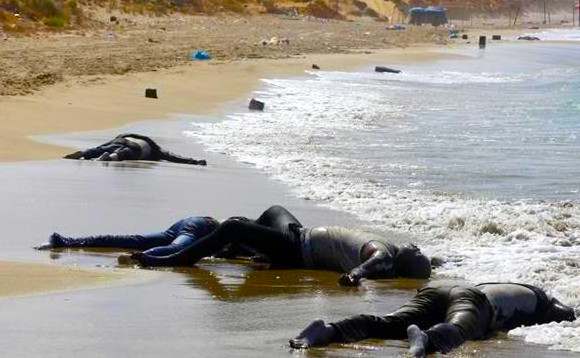 The Dutch government is reporting that there has been a significant rise in drownings during the summer months among people with “non-Western backgrounds,” to put it politely:

Among Netherlands residents, men are much more likely to drown than women. Last year 89 men and 23 women died from drowning, compared to 67 and 18 respectively in 2017. The number of men who drowned has been three to four times higher than the number of women for years. The number of drownings among children under the age of 10 remained stable at 8, the number of teenagers who drowned decreased from 9 in 2017 to 6 last year.

The number of drownings in the Netherlands decreased steadily for decades. In the 1950s between 400 and 500 residents drowned in the country per year. That number has been fluctuating at around 88 since the year 2000. Last year was the first major increase in the number of drownings since 2002.

Last year 26 foreign visitors drowned in the Netherlands. Half of them came from Germany. According to Statistics Netherlands, Germany also accounted for the most tourists who visited the Netherlands.

The only reasonable conclusion we can draw here is that beaches and pools are “racist”, as they clearly drown people of color in vastly disproportionate numbers.  Arabs and Africans are lured to these areas because they provide them with plenty of White targets to sexually ogle, harass, and rape.  Even grenades have been found on public beaches.  Some public pools in western Europe now require a full-time police presence to protect the native White women and children from being victimized by the roaming jackals of diversity.

One would think that Africa, which has the most extensive coastline in the world, would be home to the greatest swimmers and sailors, but this is strangely not the case at all.  Sadly, over the past tens of thousands of years, Africans have learned neither to sail or swim.  To Africans, a beautiful white sand beach is merely a convenient public toilet.  It’s hard not to miss the irony that many Africans have migrated all the way to the great White north to the Netherlands only to die there in ‘accidental’ drownings.