As Jewish Population In South Africa Declines, So Does Antisemitism 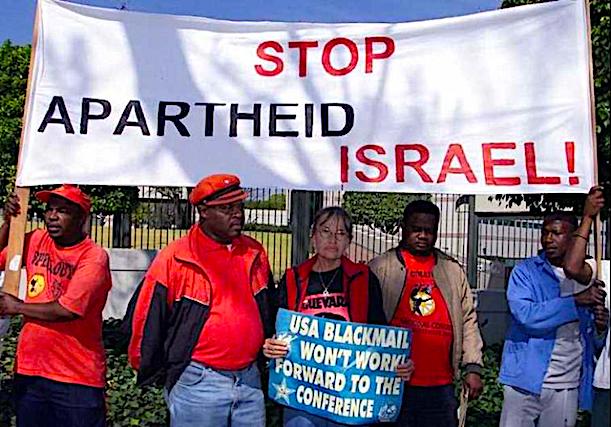 Antisemitic incidents fell to a 15-year low in South Africa, according to the South African Jewish Board of Deputies, the country’s largest Jewish supremacy group:

There were 36 recorded incidents of anti-Semitism in 2019, compared with 62 the previous year, according to the South African Jewish Board of Deputies, which collects the statistics. Only one of the incidents involved physical assault, and there were no cases of damage and desecration to Jewish property.

The statistics buck a global trend of increasing anti-Semitic activity in countries with significant Jewish populations. Some 75,000 Jews live in South Africa, with most concentrated in Johannesburg.

“We can be proud that at a time when attacks against Jews are everywhere growing both in number and severity, our country has consistently bucked the trend,” Shaun Zagnoev, the Jewish Board’s national chairman, said in a statement. “As a result, South Africa continues to be a country where Jews can fully identify with and practice their religion without fear.”

This comes despite widespread anti-Israel sentiment in the country and in the South African government.

It appears that the Jews are giving the Black South Africans a free pass when it comes to the new ‘international’ definition of antisemitism, promoted by the jewish supremacist group, the International Holocaust Remembrance Alliance (IHRA), which specifically labels criticism of Israel as antisemitism.

If they factored in the anti-Israel sentiment that is so common among Blacks who support and sympathize with the Palestinian cause, no doubt South Africa would jump in the rankings as one of the most antisemitic countries in the world.

One of the reasons the Jews have been able to keep ‘traditional’ antisemitism low in South Africa is that their complete control over the media has allowed them to hide the Jewish hand in the destruction of White South Africa.

Most White South Africans are complete clueless about how Jews have undermined their country because of the Jews’ ability to “pass” as White.

And the Black politicians pander to the Jews because they know that without Jewish support, they don’t have a chance to gain power.  Nelson Mandela was in bed with the jewish communists in the anti-Apartheid movement from its very beginnings.

And as post-Apartheid South Africa slowly destroys itself, the Jews who advocated for its destruction have fled the country in huge numbers — 40% of them have left since the fall of Apartheid.

In fact, Zionist Jews are advising the Jews still in South Africa to leave.

So naturally as the population of annoying and troublesome Jews declines, the amount of ‘antisemitism’ will also decline.