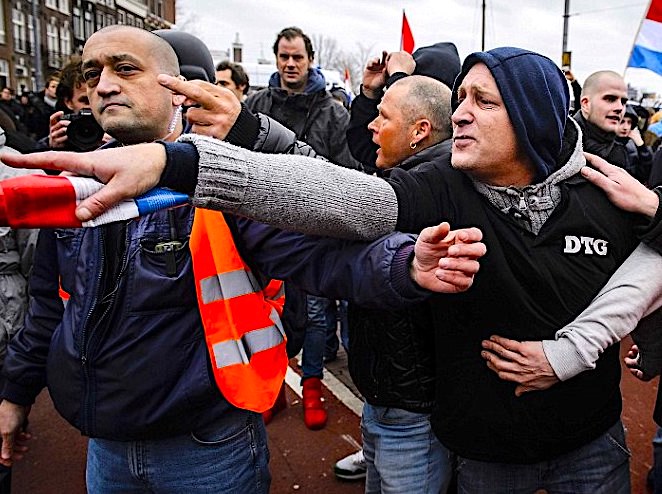 People in the Netherlands are increasingly “mean” to each other, with unkind behavior like tailgating, ignoring cashiers in the supermarket, harassing public transport staff, not giving others a chance in traffic, and hateful messages on social media, according to research by the foundation for ideal advertising SIRE:

The organization [SIRE] is therefore launching a ‘be nice’ campaign with the hashtag #doeslief, to make people aware of their antisocial behavior, NOS reports.

“It often does not happen on purpose”, SIRE director Lucy van der Helm said to the broadcaster. “76 percent of people find themselves very nice to others, according to research. But research also shows that 49 percent of Dutch people think that society is polarizing and hardening. Look around you, it happens every day.”

“There seems to be a discrepancy between the Dutch, tolerant image that we like to convey and what we experience on a daily basis in dealing with each other“, campaign leader Edwin Beijer added. “The freedom of speech that we are so proud of, is also our greatest concern.”

According to SIRE, last year there were 146,571 posts on Twitter that included the insult ‘kanker’. 72 percent of traffic directors in the Netherlands regularly had people give them the finger. And in Rotterdam alone, there were 3,618 reports of neighbor quarrels.

With the hashtag #doeslief, Sire wants to make Dutch people think about their behavior. “We underestimate what kind of effect an unkind remark can have on someone else. With this campaign we want to make the Netherlands a little better and nicer“, Van der Helm said. “I realize that reality is unruly. But we do not ask for much: just that people be nicer to each other. It’s a simple message.”

In the coming weeks the campaign will be visible throughout the Netherlands, on television, in the cinema and on the radio. SIRE will also respond to unkind behavior on social media with #doeslief on March 7th.

When you threaten people with an alien invasion, it’s only natural that they become “meaner” and more “antisocial”.  That’s the part that this “study” seems to leave out.

No mention of mandatory race mingling as being the cause for this hardening of the soul of the Dutch people.

The Socialists in hegemonic post-war Netherlands thought they had achieved a “workers paradise”– a reasonable aspiration in a homogenous White society in which everyone is of equal aptitude and potential.

What better way to destroy this social utopia than flood it with lower aptitude hostile, alien migrants who were eager to sponge off the welfare state but unwilling to contribute anything but crime — bombings and murders becoming literally everyday events.

Yet, most are still insistent upon following through on this Marxist racial experiment despite the fact that they now engaged in a virtual civil war with these violent “refugees” in their own streets.

And the best “solution” to this deliberate destruction is just to tell everyone to “be nice” to each other.